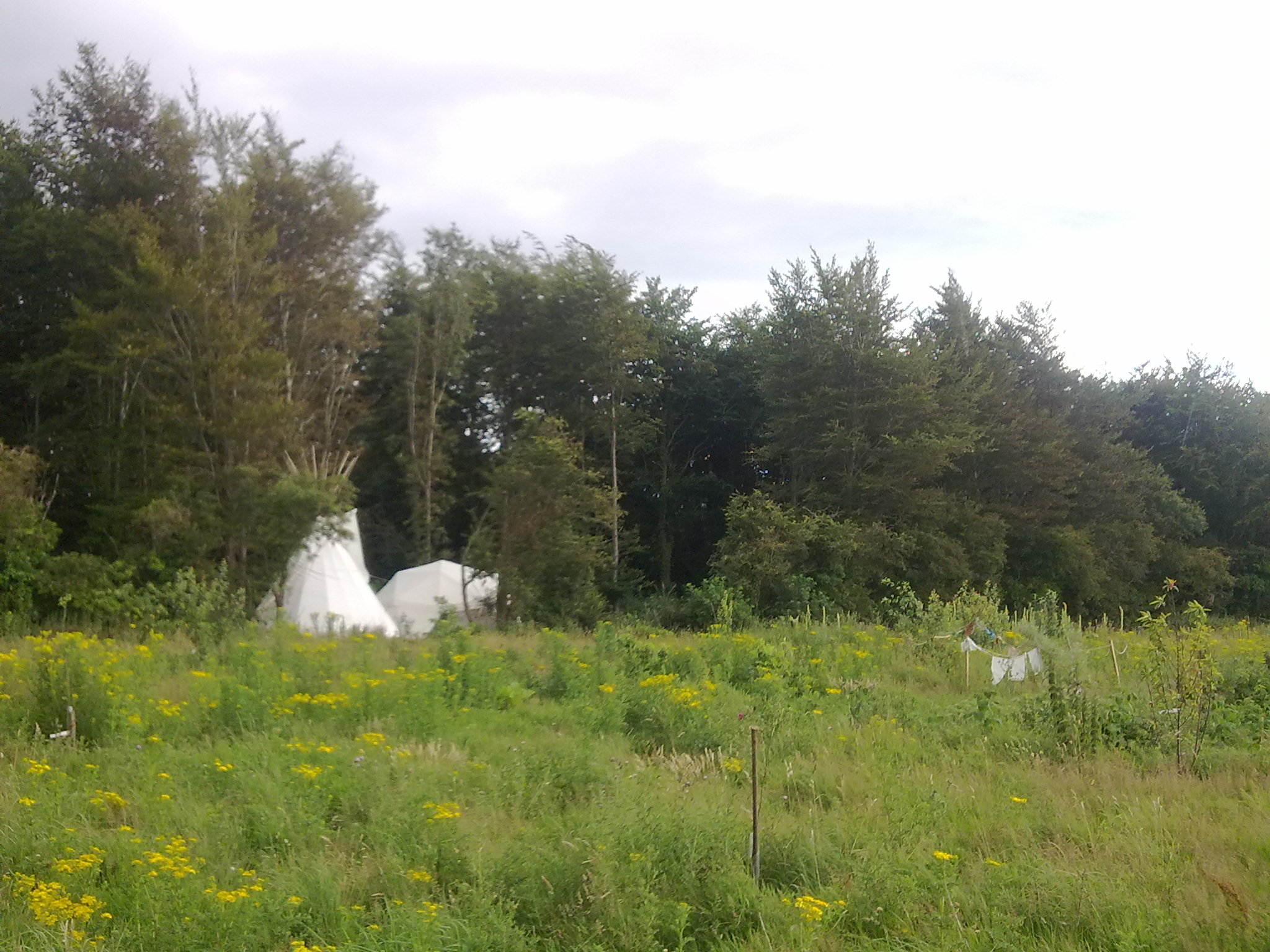 The History of Green Camp

How the business model for Green Campus came out of trying to live in harmony with nature at Arundel Forest Garden.

Arundel Forest Garden was inspired by the ideas of working in conscious co-creation with nature as pioneered at Findhorn Community and Perelandra Garden. These books about the Findhorn and Perelandra gardens and how the communities there are learning to work in conscious co-creation and communication with nature are a treasure-trove of goodness I recommend to anyone seriously interested in working to serve mother nature, to comprehend and emulate her, especially physicists, engineers, artists and business people!

I quickly found out that looking after a forest garden was a lot of work and so we would invite large groups of volunteers to help out. Because people were coming a long way to help, often in the working months of the winter when daylight hours are short, there was very little time to work once people had driven a long way to then go home again. So we asked Their Graces The Duke and Duchess of Norfolk who owned the land if we could set up a camp there where people could stay so we could work all weekend long and start bright and early. It is through these volunteers and this first camp that Arundel Forest Garden was established, grew and the Green Campus Business model emerged.

While I was in America testing claims of amazing energy technologies I made friends with co-founder Reuben Langdon who spent five years animating Avatar with James Cameron. At the time it was the most popular film in history. We had created a The Foundation For Common Good 501(c)(3) together in order to develop a show about exotic energy technologies. That failed but we then used FFCG to pitch a thematic educational camp to James Cameron, Jon Landau and 20th Centuary Fox that they are big share-holders of. The 'Na'vi Camp' concept paper is still basically what Green Campus is all about, however Green Campus does without the Avatar Theme.

James Cameron responded really positively to the original concept paper and Jon Landau explained that there would need to be a business plan. So I went away for 6 months gathering the worlds most amazing eco-educators and created a really comprehensive business plan for deploying Na'vi Camps and delivering an Avatar themed residential course for all the family based themed Ecovillage Design Curriculum from Gaia Education.

JC and JL felt that the concept 'exceeded their bandwidth' as they were working on Avatar 2-5 and commanded that if we were to use the franchise IP that we would have to pay for it. Disney had just paid a couple of billion to lisence an Avatar ride at Disney Land; we didn't have that kind of money, in-fact, we were pitching it to them to finance. After being intructed by the 20th Centuary legal board to not use the names and in a more friendly way, advised by Jon that sticking to a Na'vi thematic would be limiting, I re-branded as Green Camp, and Green Campus was born.

The small camp at Arundel was now 'Arundel Green Camp' and I started to run it just as planned in the business plans above: running Vegan Permaculture Design Courses, heavenly residential courses where we all camped out together learning how to work with nature to provide everything we need in abundance for free! We started running dance programs, music programs, drum-circles, meditation circles, all the kind of healthy regenerative programs that I could think of to create a really inspiring example of the culture of compassion, of the vegan way...

The problem was that each program was very hard to get going and then get enough people there to make it pay for it's self, let alone make a profit. Most cost me and my family money to deliver but we were trying everything we could. Eventually, when AirBnB came into existance, I asked Duke Eddie: 'can I charge people to stay there'. He was very supportive as always and so I put the camp onto AirBnb for about £20 a head a night and all of a sudden I was making 100s of £s a weekend as large groups of amazing people just wanted to stay in a beautiful forest garden in lovely natural structures. I had finally worked out how to support the forest garden financially, how to make money whilst regenerating this all but abandoned peice of land, this peice of our beautiful land, England.

This period of success did not last long. Sadly, the Duchess and her fox-hunting daughter turned up at the camp and explained I had a month to get out because of hosting their field on Air Bnb. I had never seen her daughter there before but I think that my constant posts reminding people that in biological terms, foxes are not vermin, and in strictly biologically technical terms, those who hunt them are, may have helped force the issue. Furthermore, a thriving vegan campus and forest garden operating next to their very expensive industrial pheasant breeding operation (attroceous for local wildlife) and wildlife poisening program (attroceous for the climax predators in steep fall off) was too often a cause for loosing face if I am honest.

I was not offered any other reason than because I was renting out the site on Air Bnb. but as mentioned above I had permission from the land owner. I later found out that after I had taken down the camp The Duchess had tried to hire my friends to run a camp there. I also had some pressure from The Brittish Pilgrimage Trust to operate there independently of our efforts, to which I only tried to organise some meetings to try and harmonise things. In any event, I think the morals of The Lord of The Rings and a need for total control are the general lessons to be learned here for all involved. (Incidentally, this is why I did my best to support Phil Dragash's amazing "full production audio-book you can listen too here for free www.create.green/lotr/)

So I was kicked out and I then decided I would design The Green Camp system so I could rapidly print and deploy these camps and the basic business model in days rather than years, as presented in our intro video to Green Campus (below).

And thats where we are today: working to raise the funds to build the industrial scale printers that I have designed with some of the leading 3D printing and engineering companies around so we can print Green Camps from 100% non-toxic bio-materials.

It all started from trying to work out the most harmless way to provide for all our needs in Arundel Forest Garden and it's still all about how to work with nature to provide all we need in a way that is as beneficial to all forms of life, of at least doesn't hurt any life, as we can.

Please do support if you can, even sharing our crowdfunding campaign would be so hugely appreciated. Signing up to the mail list at the bottom of the home page so you can get our montly updates and pre-ordering stays on the crowdfunding page so we can build "The Green Manufacture System" and print our first Green Camps at the amazing places around the world that are coming forwards.

Please look out for updates about our monthly build parties where we will be building the first camp structures from the nano-diamond re-enforced Green Camp structures using INSANELY slow 3D printers from China (all I can afford for now). And come help us dance these camps and food forests into form so we can serve our mother nature and set a really inspiring and desirable example of the culture of compassion, of the far healthier vegan way of life. Infact it's the only chance we have so spit-spot x 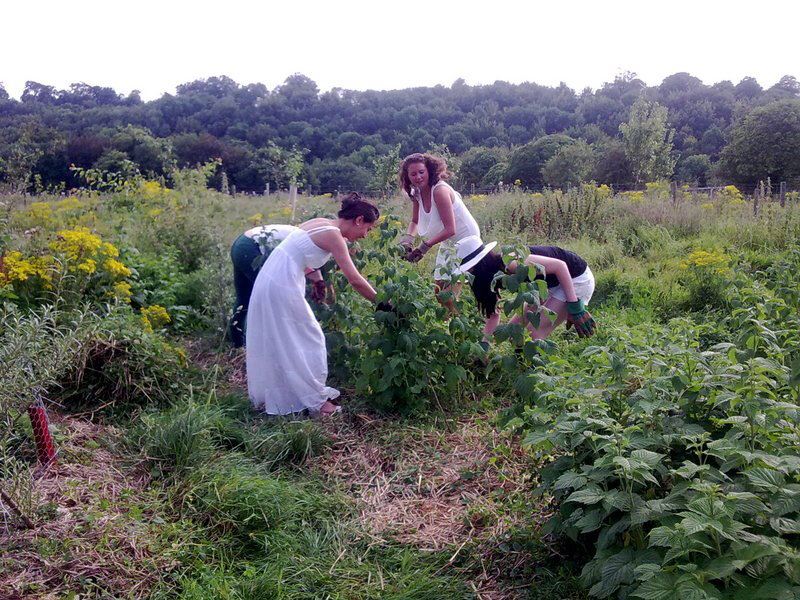 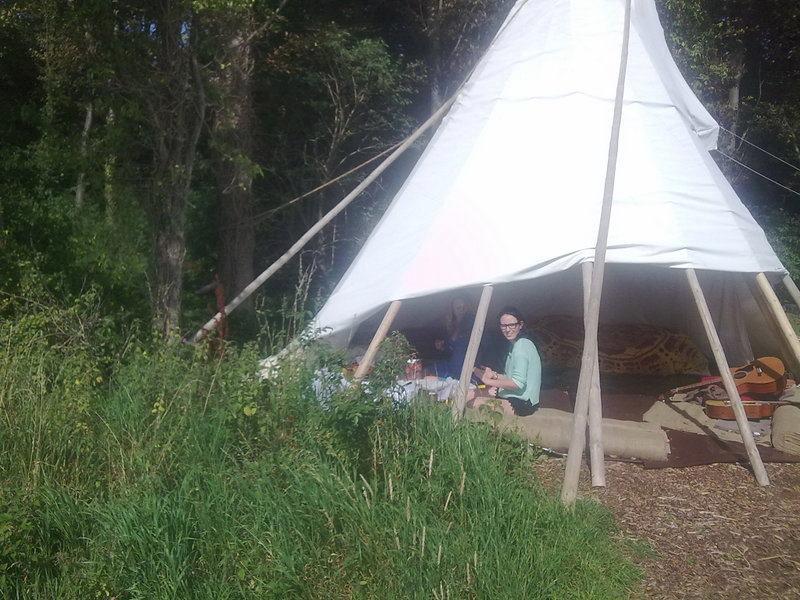 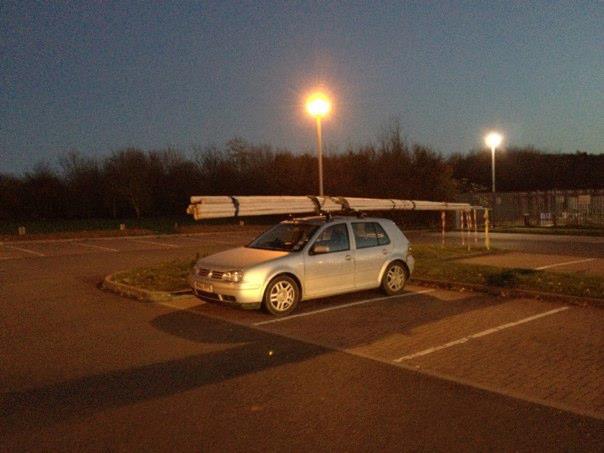 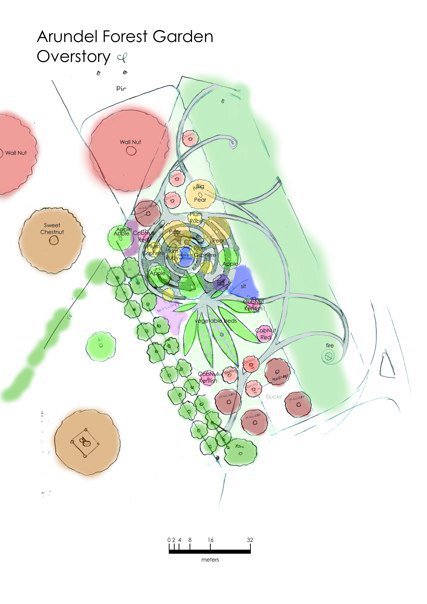 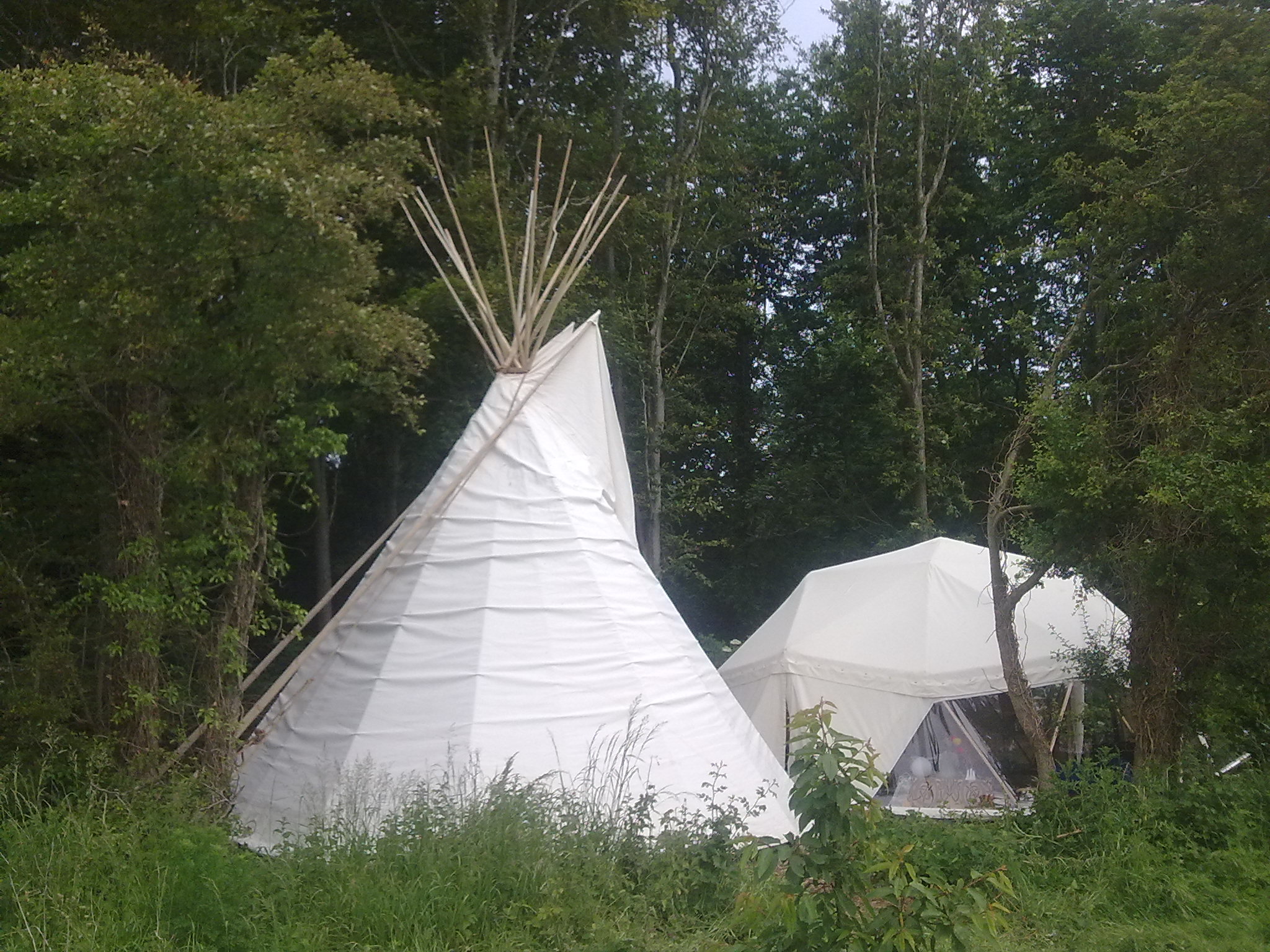 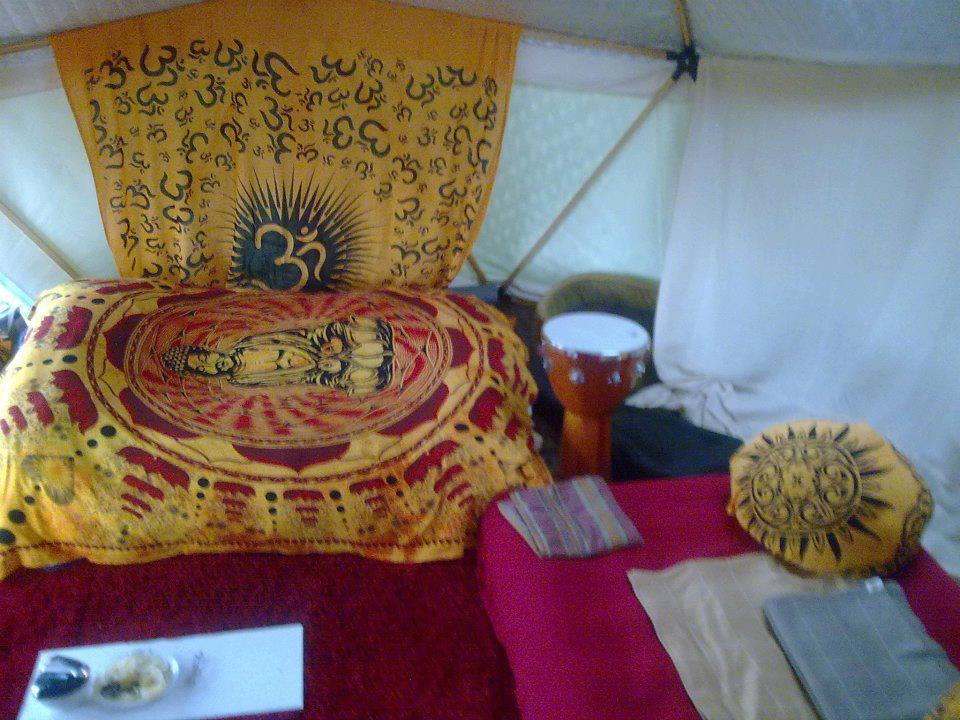 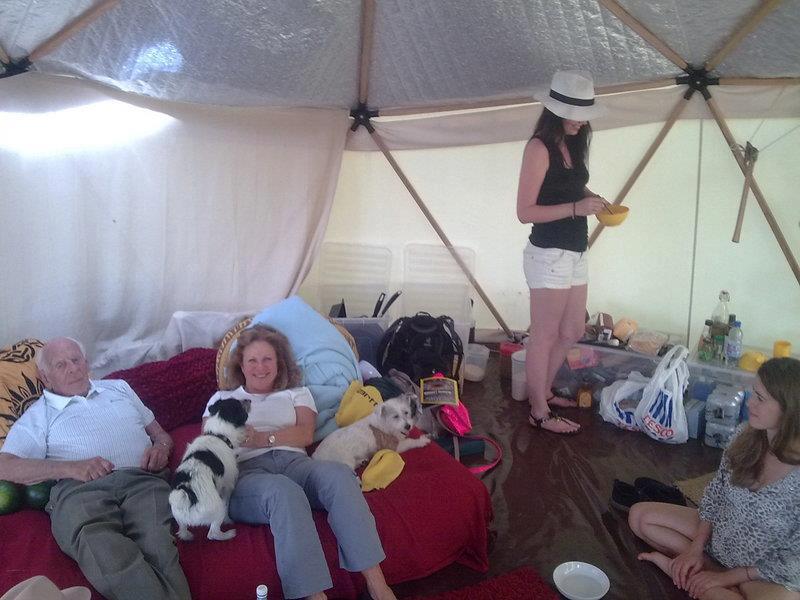 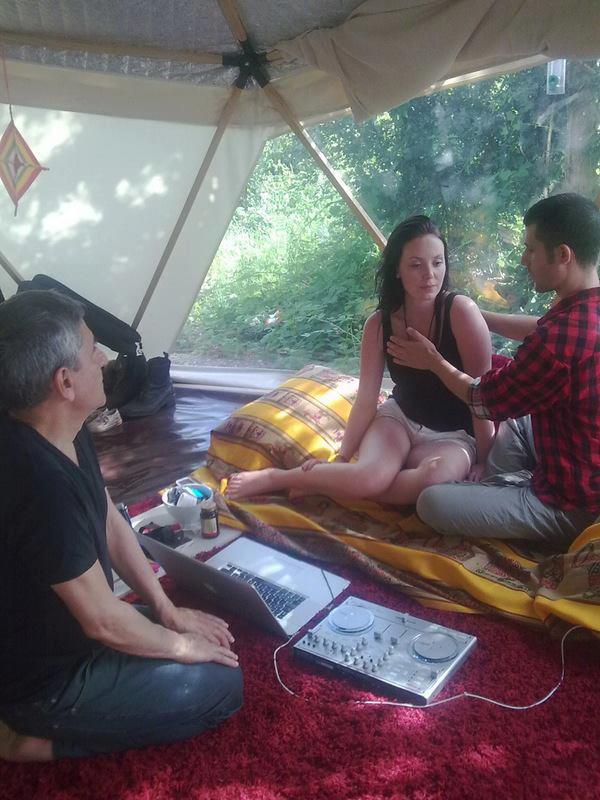 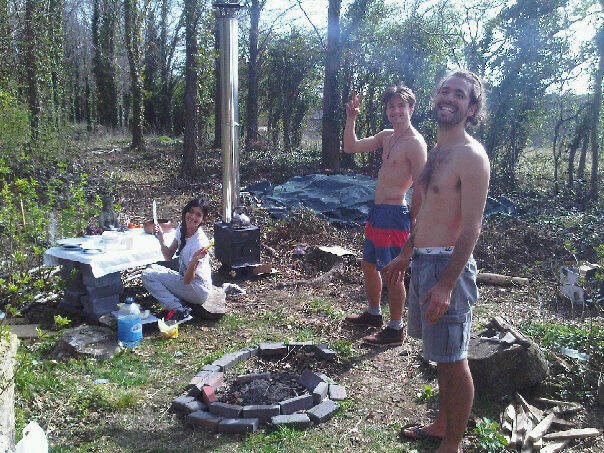 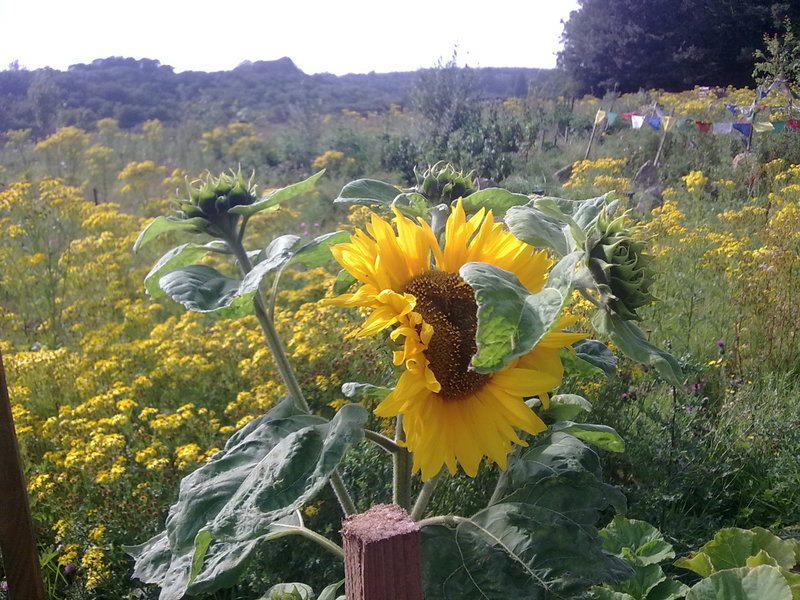 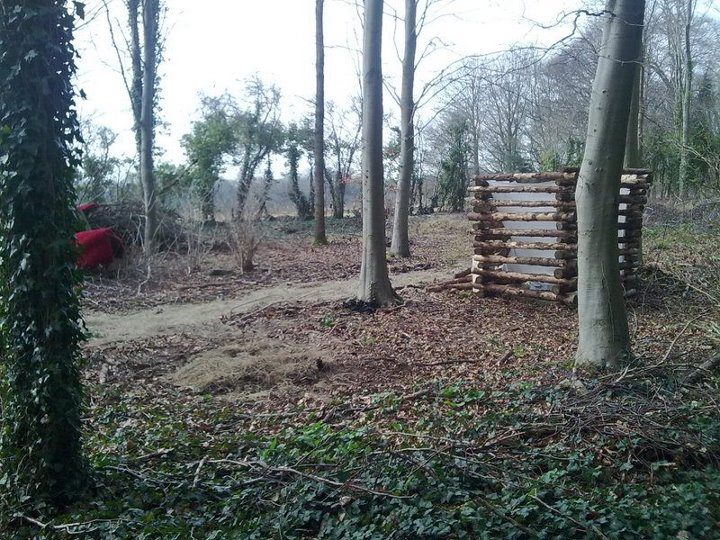 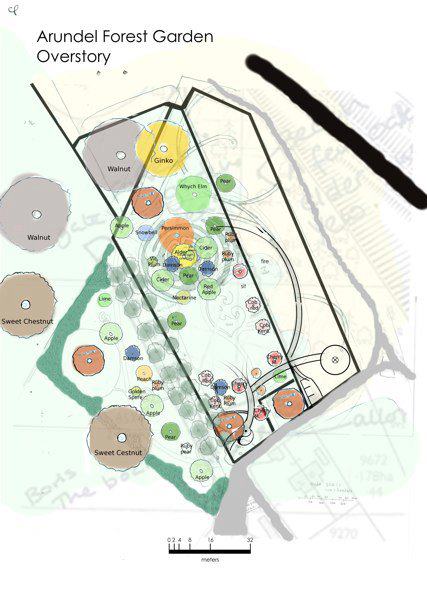 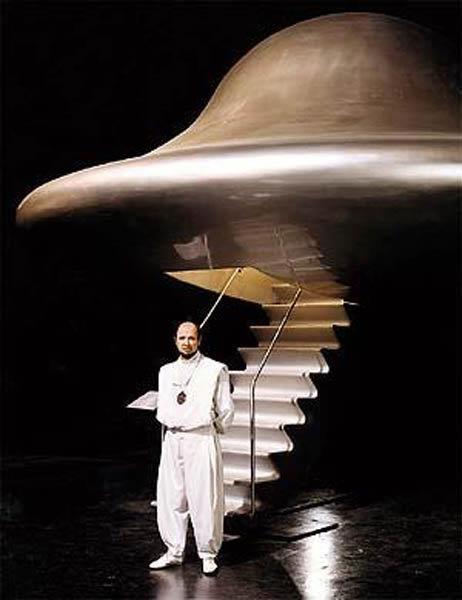 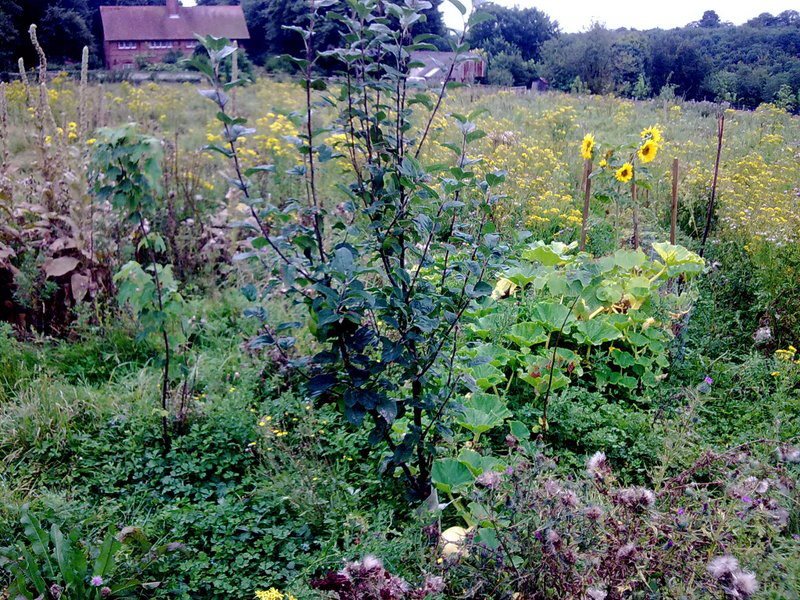 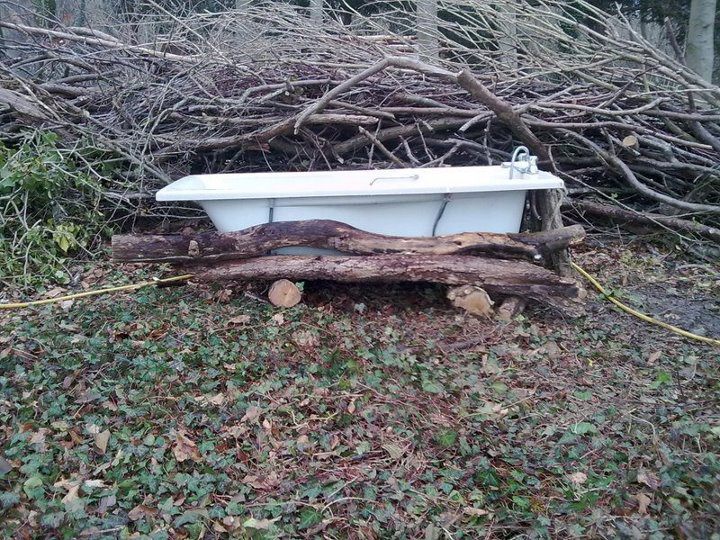 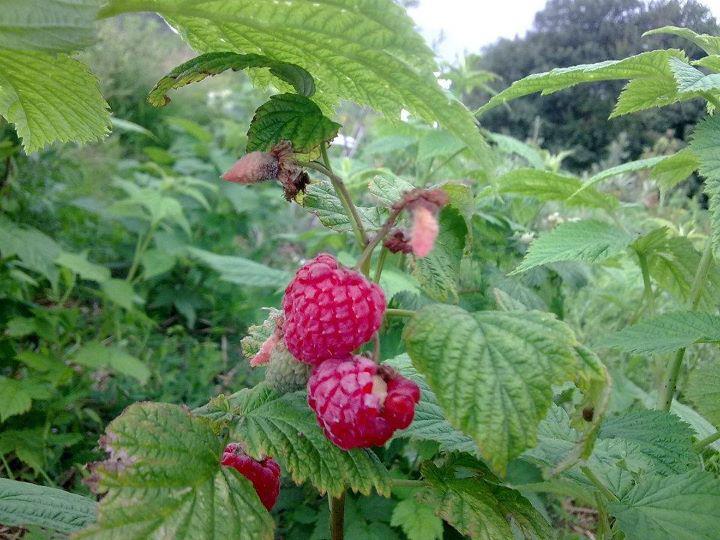 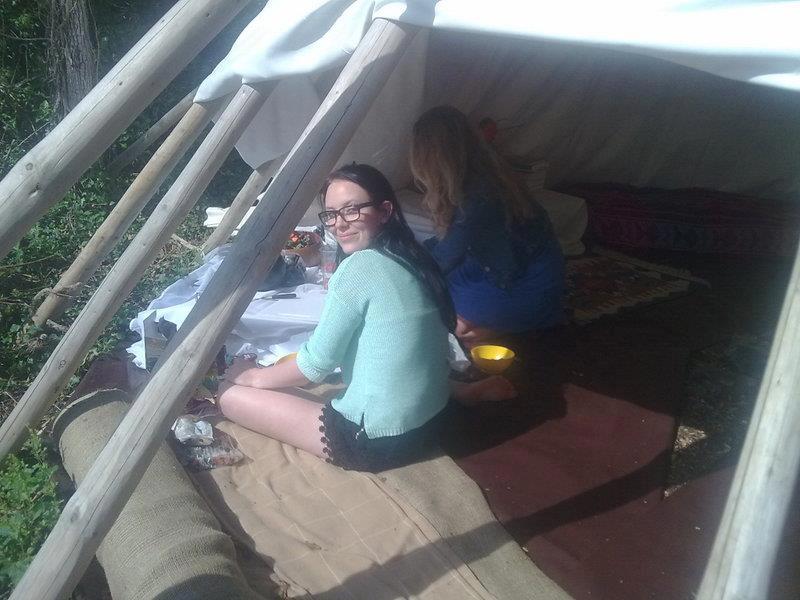 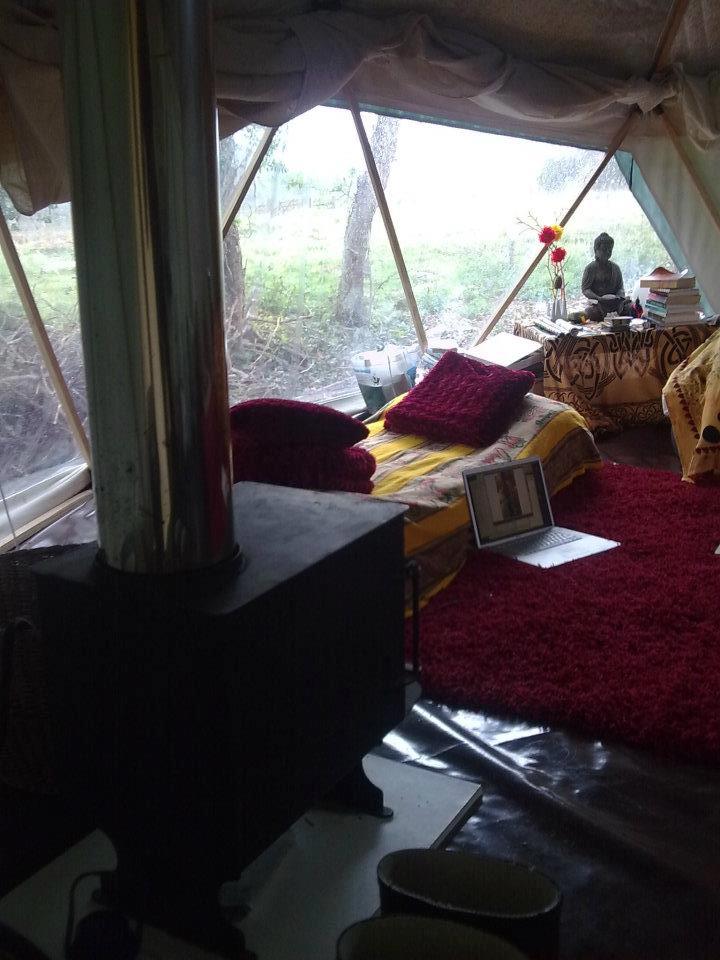 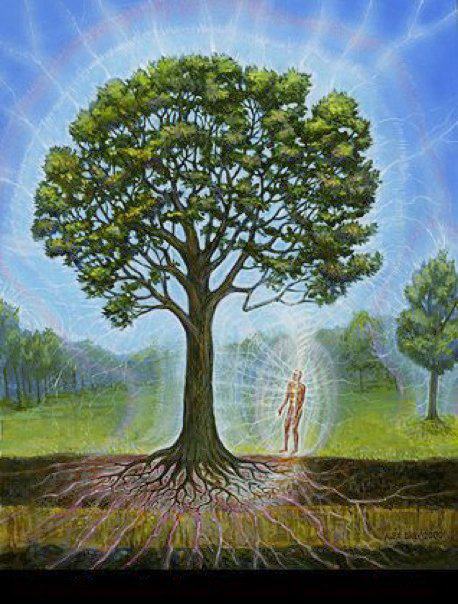 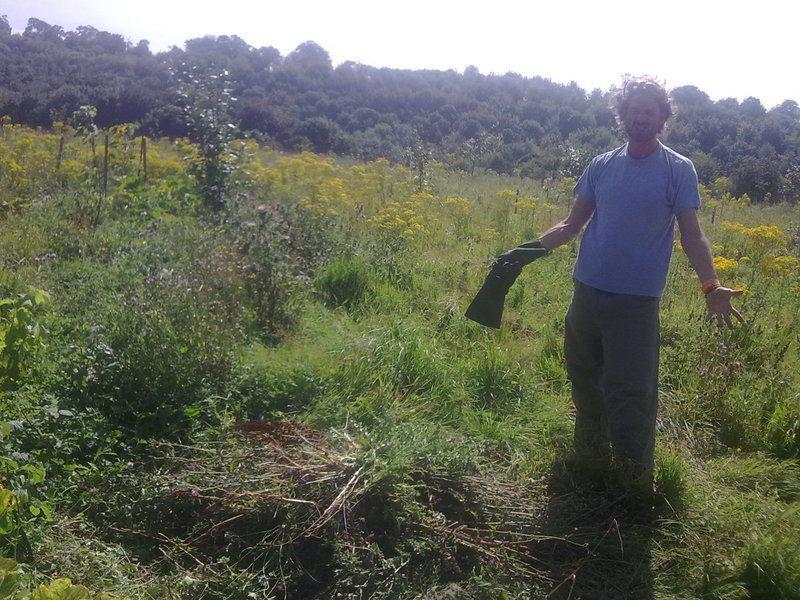 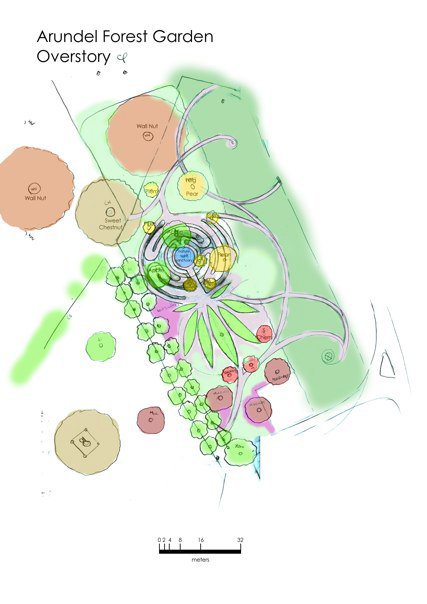 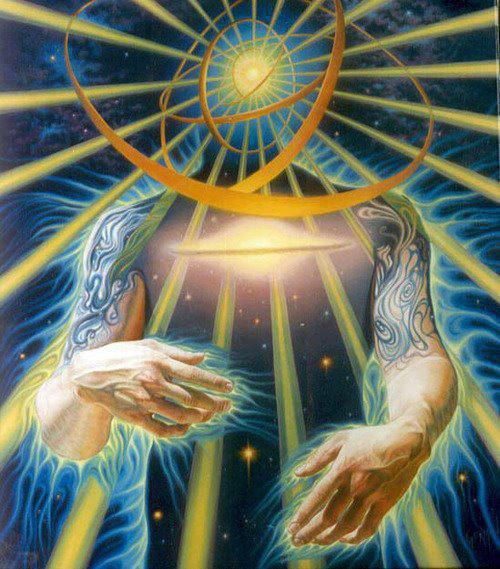 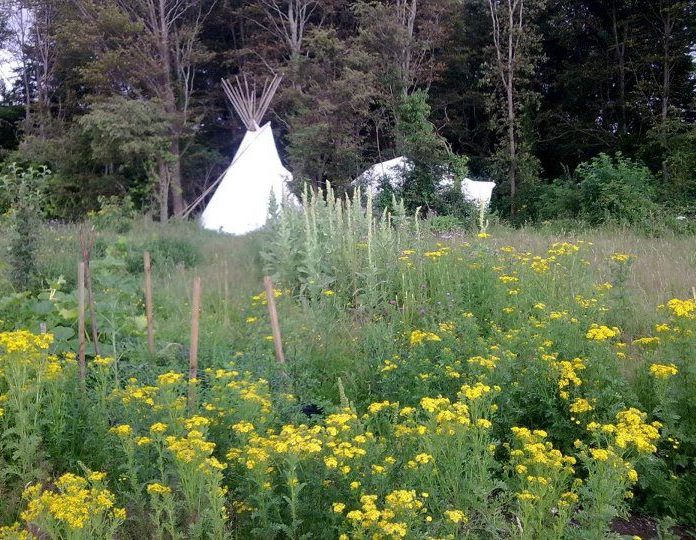 Charles Fraser
Founder and general secretary
Charles is the founder, lead designer and CEO of Green Campus working on systems that provide for all of our needs in a regenerative way.
More from
Charles Fraser
JOURNAL 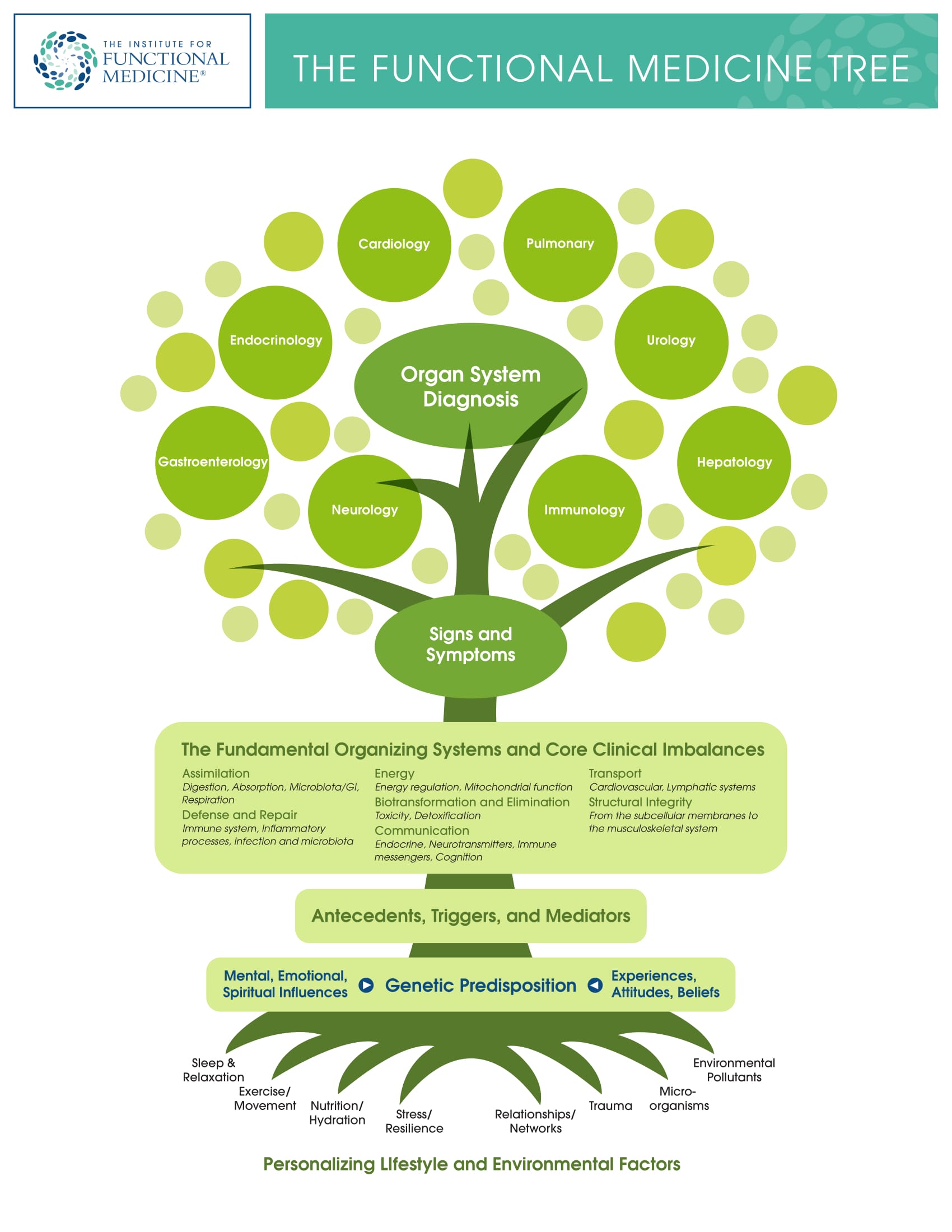 Here are a list of various functional medical organisations and documentary films about their work that, based on my experience, are much more successful schools of medicine for dealing with degenerative disease: cancer, diabetes, heart disease, skin disorders, auto-immune disorders etc. than aleopathic medicine (mainstream medicine). Please review the films, the reviews from some of the world's leading doctors and physicians and see for yourself. NB: we still love the mainstream trauma wards and emergency response teams and support them fully!
READ JOURNAL ENTRY

"There is no reason for Beavers to Exist!" - Charlie Baker, Chair of The Arun and Rother Rivers Trust 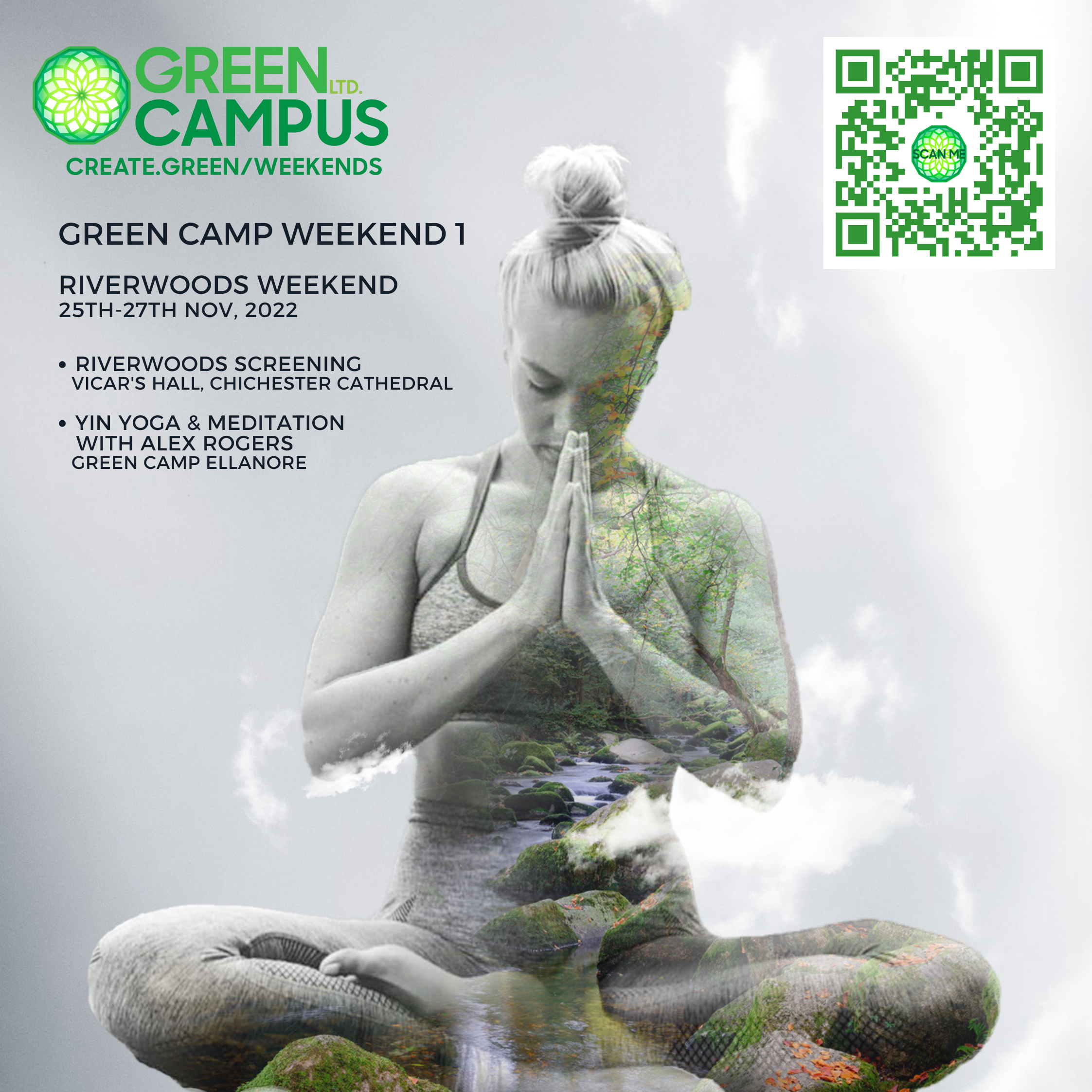 Herwith a summary of my experience of our renewed Green Camp Weekends: From screening Riverwoods at Chichester Cathedral to local interest conservation groups abandoned of their posts, to our divine Yin Yoga, meditation and Psycological fitness retreat at Green Camp Ellanore with Alex Rogers and the gang. Lots of opportunities for good are coming forth from all of this.
READ JOURNAL ENTRY 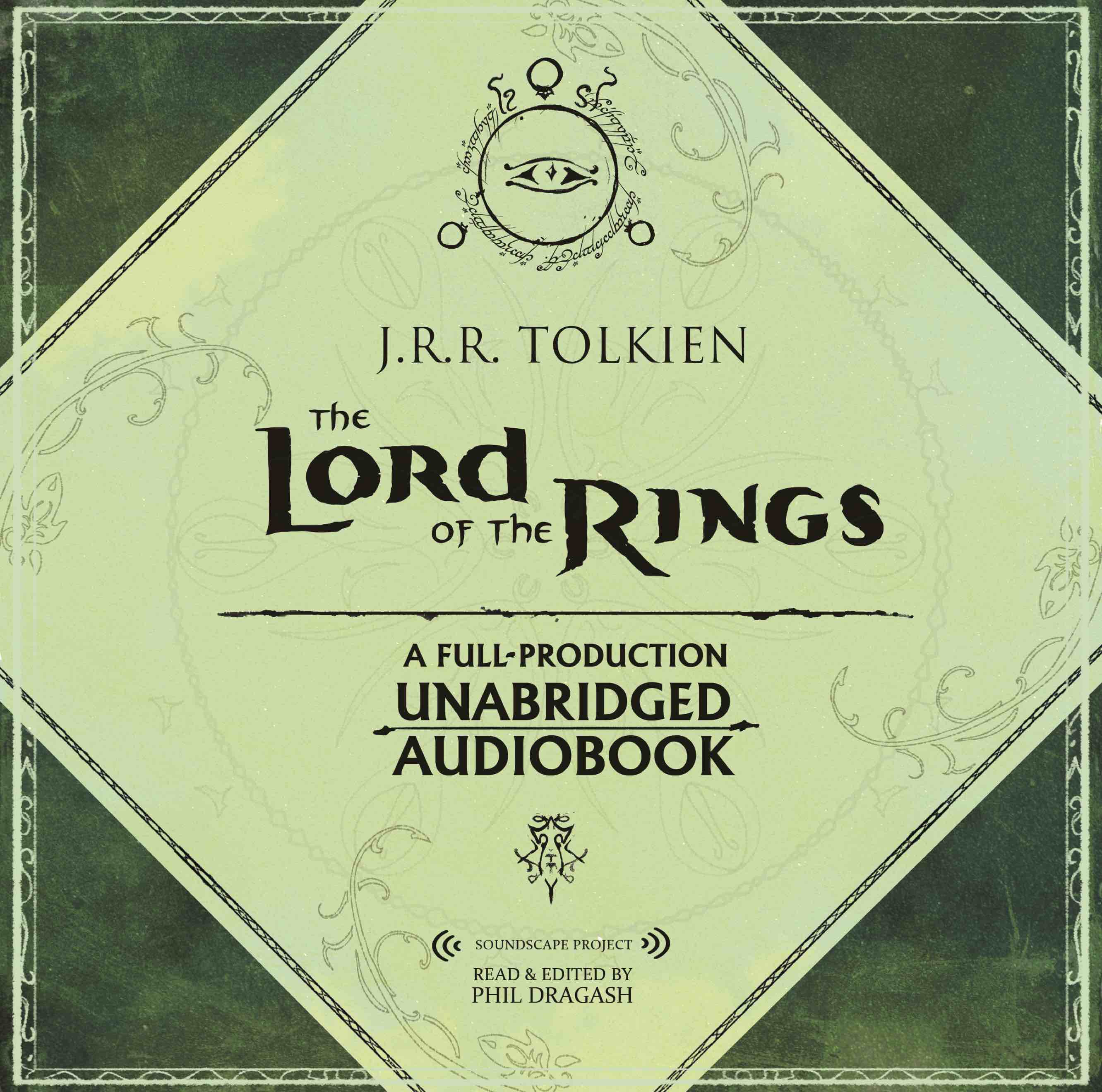 The full 72 hour production of the Lord of The Rings by J. R. R. Tolkien, created by Phil Dragash and his company region Twigg Ltd that we are supporting can be found by clicking the little green button below. Look out for future titles coming soon!
READ JOURNAL ENTRY

Reforest Party (aka Restoration Weekends - NB the big ones are timed on the celestial dates not weekends) tickets are on sale at create.green/party 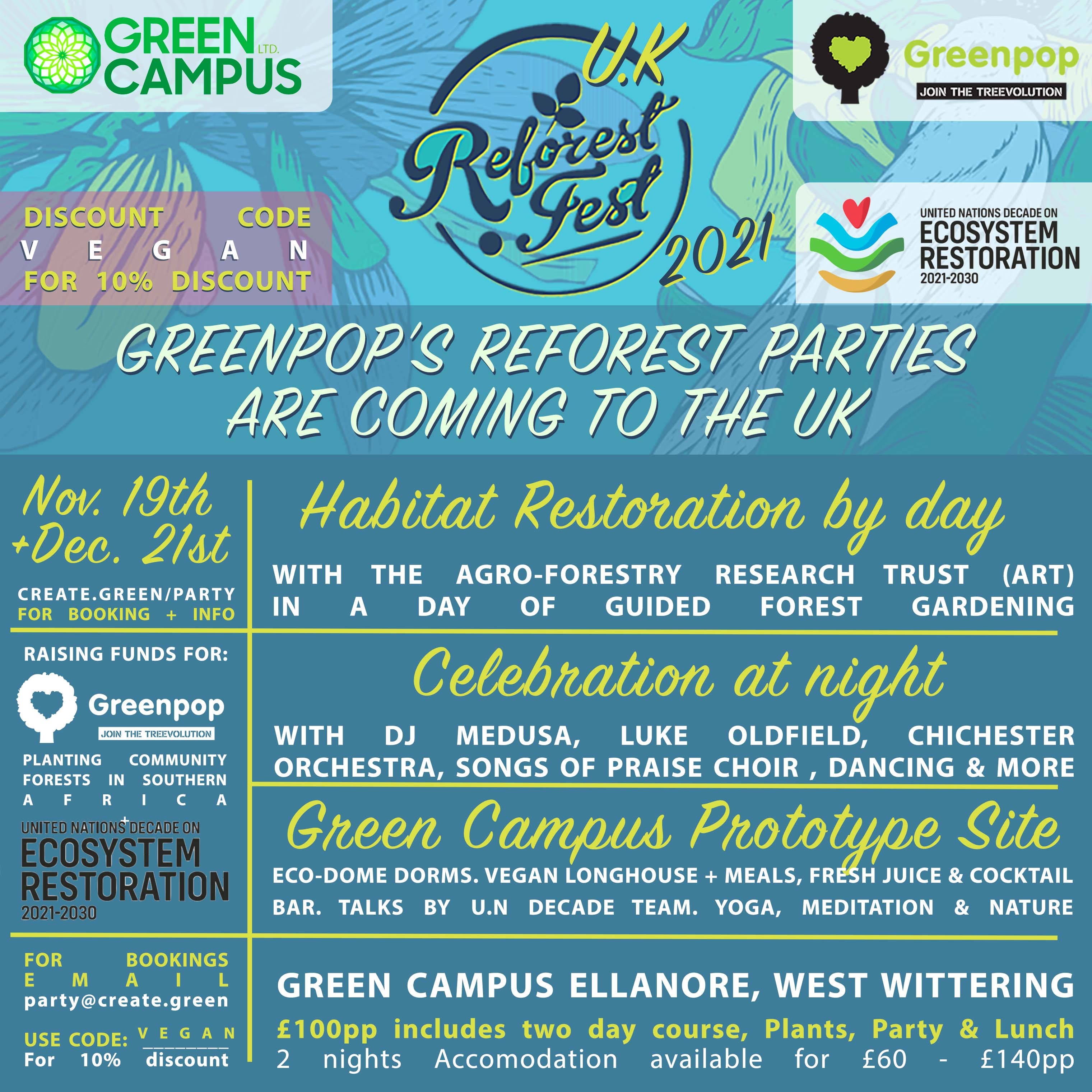 Hi Campers, this is an update about the very slow but steady progress with the opensource redesign of The Green Machine with resources where you can follow along. 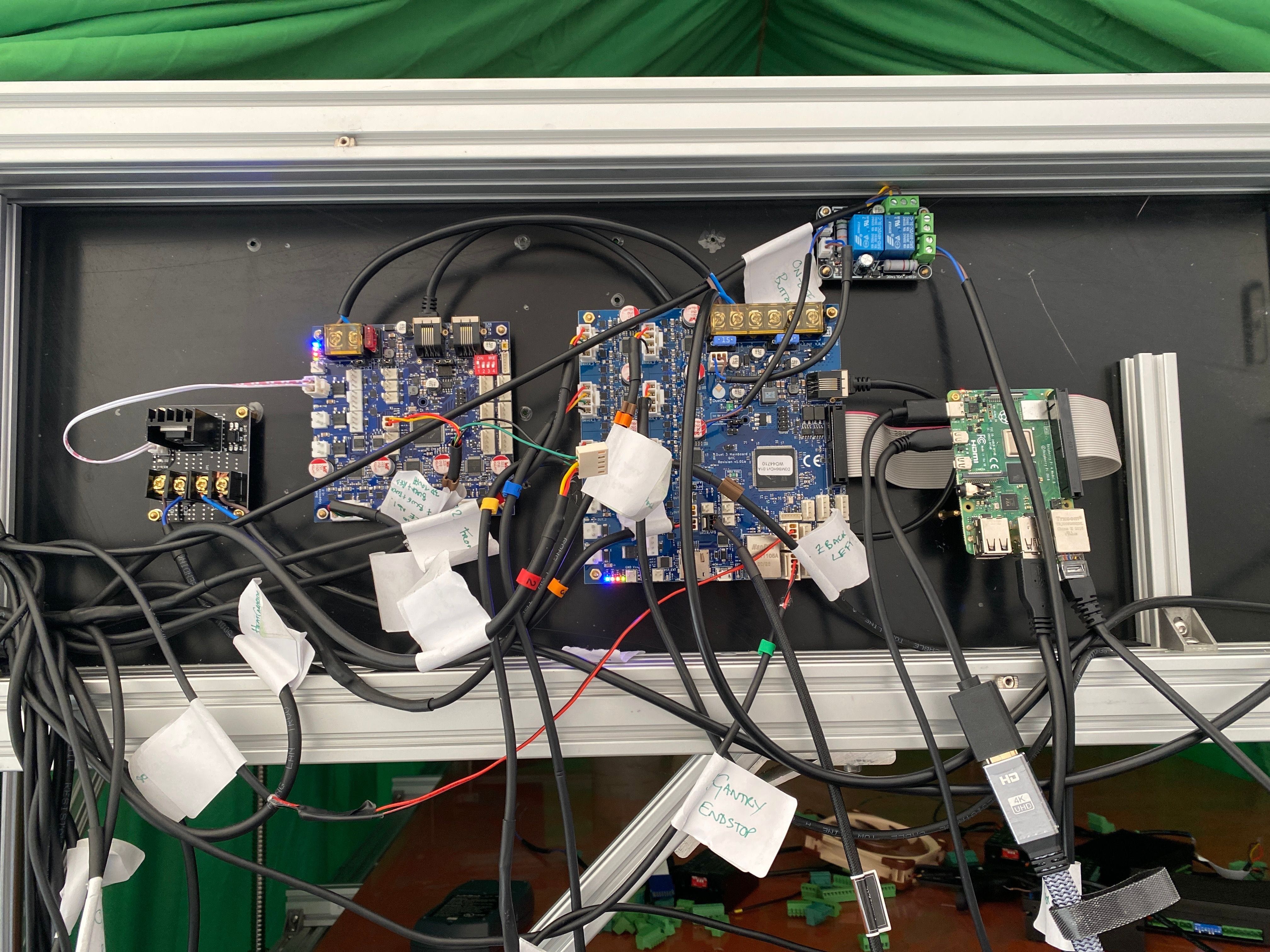 We are now working with the Duet 3D opensource CNC Electronics Community & Opensource Lily Pellet Extruder by Recycl3DPrint to totally redesign the CNC electronics hardware for The Green Machine so it can manage the industrial (yet affordable) output of the Lily Pellet extruder. Follow along here!
READ JOURNAL ENTRY