UN endorsed project to deliver online festivals to raise funds for The UN Decade on Restoration ecosystem restoration projects around the world with the best artists in the world and thematic, social learning environments where people can lean about and follow the progress of the projects healing the earth that they are dancing into being.

We are working with GreenPop Foundation, an official implimentation partner of The United Nations Decade on Restoration, and it's Tree-E-O, Misha Teasdale and Glastonbury Festival Producer, Robin Colllings, and his online festival platform LostHorizonLive.com on an officially endorsed concept for The United Nations Environmental Program's Decade on Ecosystem Restoration. 'The Decade' will be launching in June this year. Our concept is to host online concerts with the world's best loved artists in order to raise funds for each of The Decade's Ecosystem restoration projects.

Here is the concept paper we have been working on together with lists of household names we can get oboard:

Green Pop's Reforest Festival is an environmental action gathering combining practical ecosystem restoration work like tree-planting, with a full line-up of workshops, talks and activities from sustainability experts. The evenings are filled with campfire sessions, storytelling and music from some of South Africa and the Worlds finest musicians, producers, artists and thought leaders. Here's a short video about the 2019 festival.

Misha explains that he has exported the GreenPop Reforest Festival to a festival in Holland who they trained up to deliver Reforestation as program of their existing festival. So we are looking to do something similar where we train up a core Reforest Festival UK team and find locations and sponsors for our first festivals here in the UK to have amazing parties and restore land with beautiful indigenous forests and edible forest garden deisigns we develop together. We feel that this is a great way to establish Green Campuses, in the heart of these food forests we design and dance into form together, and the Green Camps will provide accomodation for people to come back to their food forests their contributions earn them shares of.

Ultimately the vision for Green Campus is to reward people in shares of Green Campus Ltd for their contributions. We want to buy land, deploy a Green Campus, host these amazing reforest festivals and reward the people who come to help dance these food forests into form, maintain them and make other contributions to the success of the green campus with voting shares in these lands they regenerate (shares in the company that owns these lands), so that people have a real legal ownership and vote over the value they are adding.

Misha and I have been exploring ways to bring Reforest Festival to the UK. Initially we began with talks with Wasing Estate who host the incredible Medicine Festival that brings together tribes from around the world to celebrate with and learn from their deeply valuable cultures. Josh who owns Wasing and his CEO Andrew directed us to a disused industrial site on their land that nature is slowly reclaiming. We have developed a business model and some basic concept drawings for this Wasing Community Campus and the team at Wasing are awaiting the first prototype Green Camp structures to be complete so they can come and see them in lieu of starting a project for a camp at Wasing together potentially. This prototyping process is ongoing.

We were also very fortunate that the head of The Agroforestry Research Trust, Martin Crawford reponded positively to our request to be our expert ecological consultant for the project, consulting with us to design the species matric and layout for the food forest that we plant together at these festivals and also supplying the plants from his incredible proppagation facility in Devon.

We also began talks with our friend and Green Campus team member Robin Collings who is a producer of Glastonbury festival and Boom Town Fair. When we asked Robin if he felt that Glastonbury and Boom Town might be interested in integrating a Reforest Festival area or if he would like to work with us on delivering a reforest fest at Wasing and elsewhere, Robin responded positively and supportively as always but pointed to the fact that no festivals are allowed at the moment.

Robin introduced us to his ground-breaking work creating online festivals, LostHorizonLive.com. Their online festivals have already had millions of people come to see many different world class artists in the wonderful worlds they create for these performances. They have also just won 'Best online Festival' at the digital event awards. Robin and his team are creating incredible computer game like worlds where there are stages where world class artists performing their gigs infront of audiences made up of 3D characters controlled by people at home; abit like World of War Craft or Call of Duty but not about killing thing, it's all about the music and meeting amazing people. This audience of custom Avatars can mingle and communicate with eachother as the microphones and speakers on people's computers at home allow one to communicate with the other avatars that one comes into contact with.

I suggested to Robin and Misha that we work on an online 'Reforest Festival Online' that raises funds for these amazing Reforest Festivals and Ecosystem Restoration Projects to happen on the ground so we could build up a vibe in advance of our hosting reforest festivals together. Misha and Robin liked the idea and Misha told us that The Green Pop Foundation was an official implimentation partner of The United Nations Decade on Restoration. a decade long Un project to restore eco-systems around the world. Misha felt that such a project could be used to raise funds for all of the UN ecosystem restoration projects. We developed a concept paper for this event and The UN Decade on Restoration Communications Secretary of Communicationhas generally endorsed the development of the concept:

Big thanks to Denzyl Fiegelson for supporting development of this concept paper development too BTW!

We are presently drawing up a project budget and a have a few large multinationals with Green fingers that we would like to approach for sponsorship of some first events to helpkeep a perpetual world online where people can come and party at scheduled events with amazing world class artists but also come to see live talks volumetrically captured and broadcast teaching about the importance of ecosystem restoration and how it is our best tool to fight climate change, foot and water shortages, pollution, to provide bio-security, prevent forced mass migration, war etc and also to follow the development of each of the UN ecosystem restoration projects.

I look forwards to giving updates of the development process in the journal here and welcome any-one who would like to collaborate to contact info@create.green - we are in need of computer game developers, CG artists and designers with experince in MMO Unreal work, Atavism, and other social VR and volumetric capture tech.

Here's to dancing and celebrating life to raise the energy to support the healing of the Earth. Please do follow here and signup for updates. 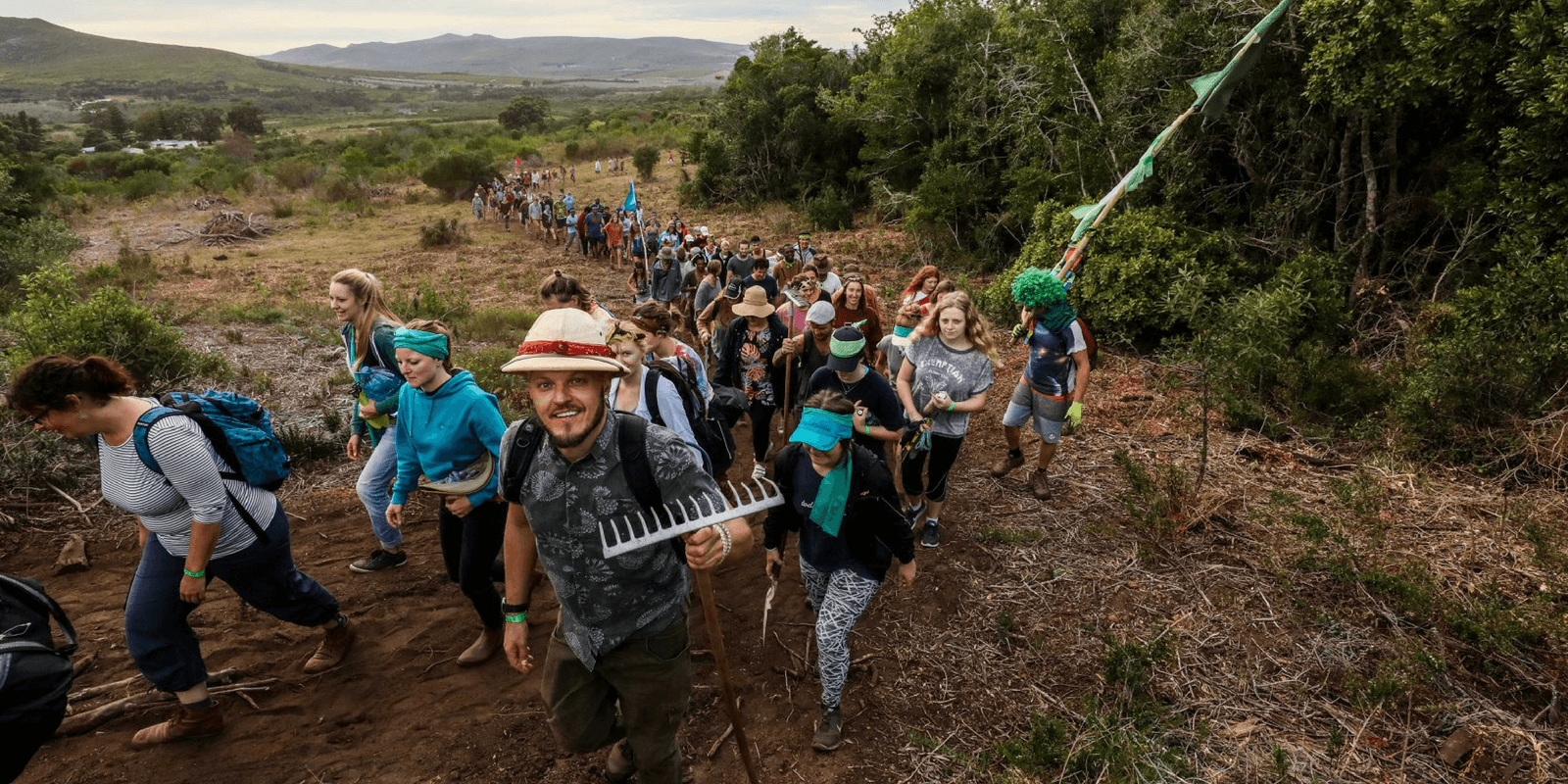 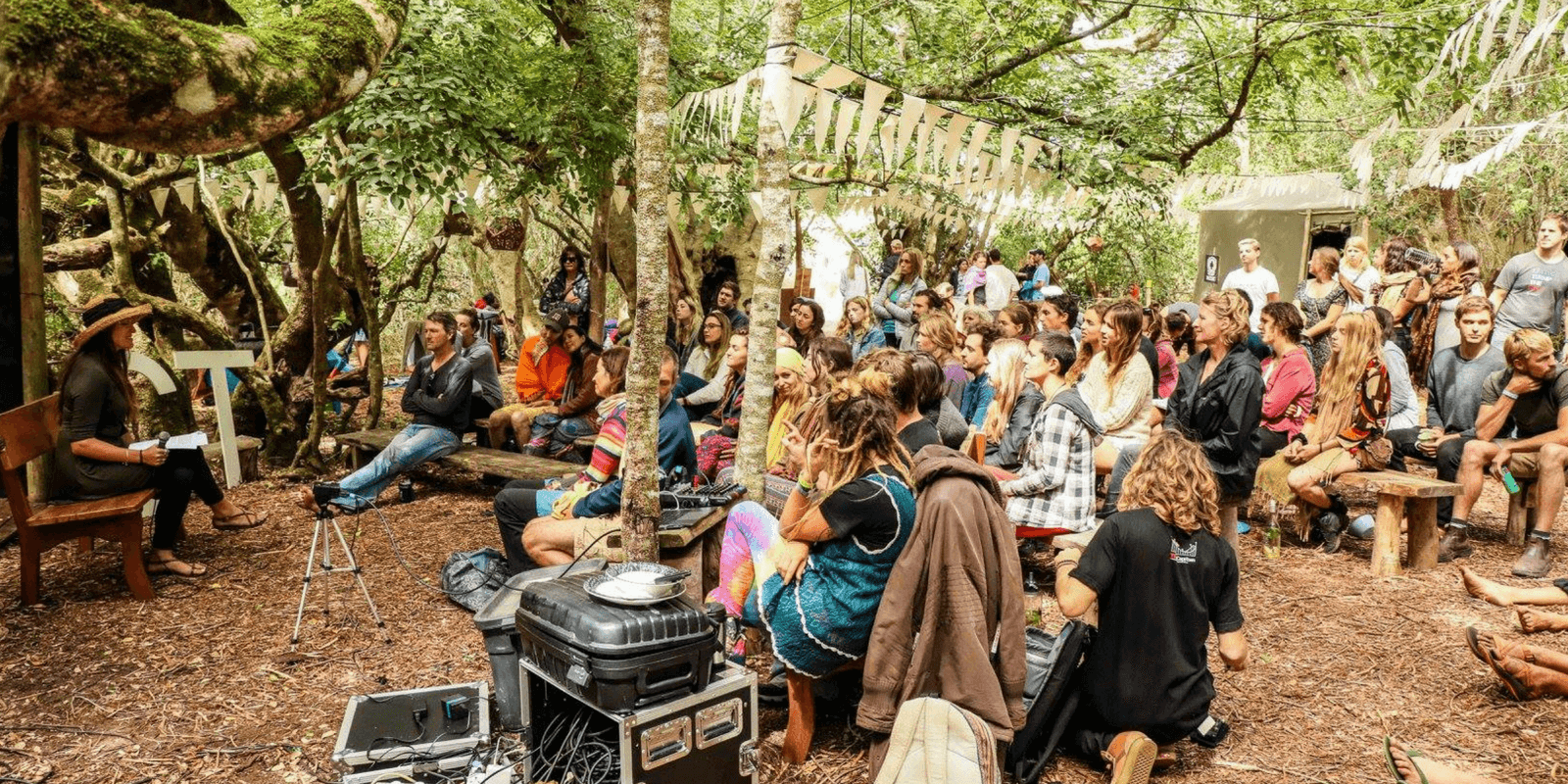 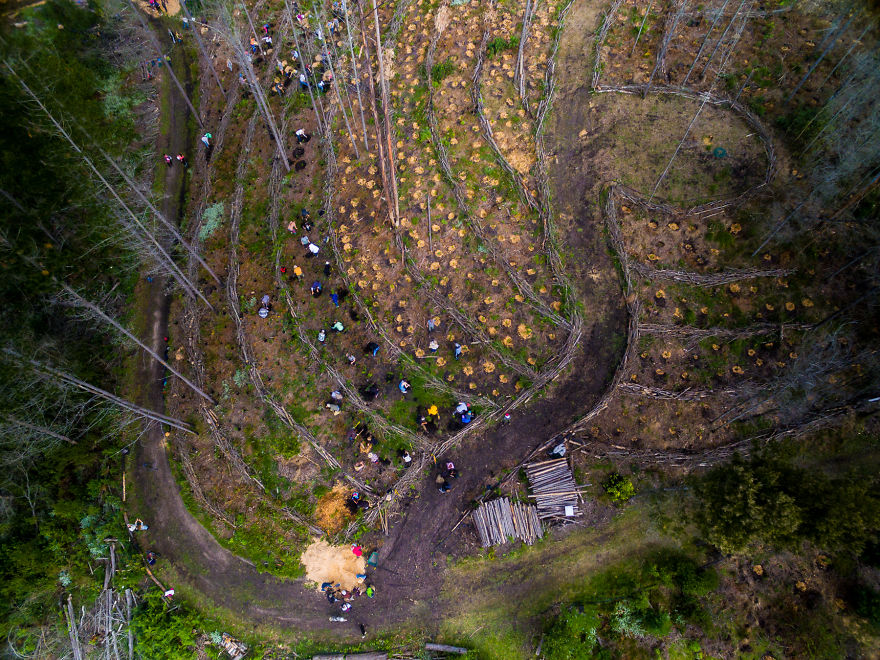 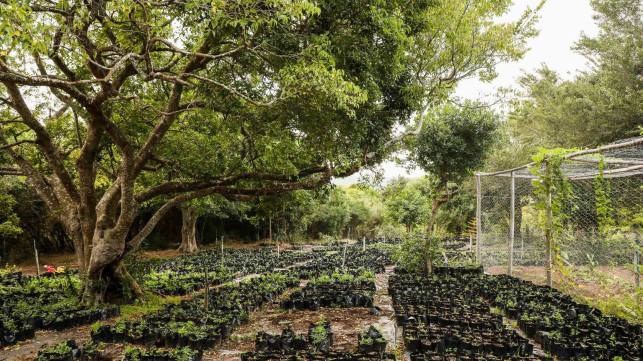 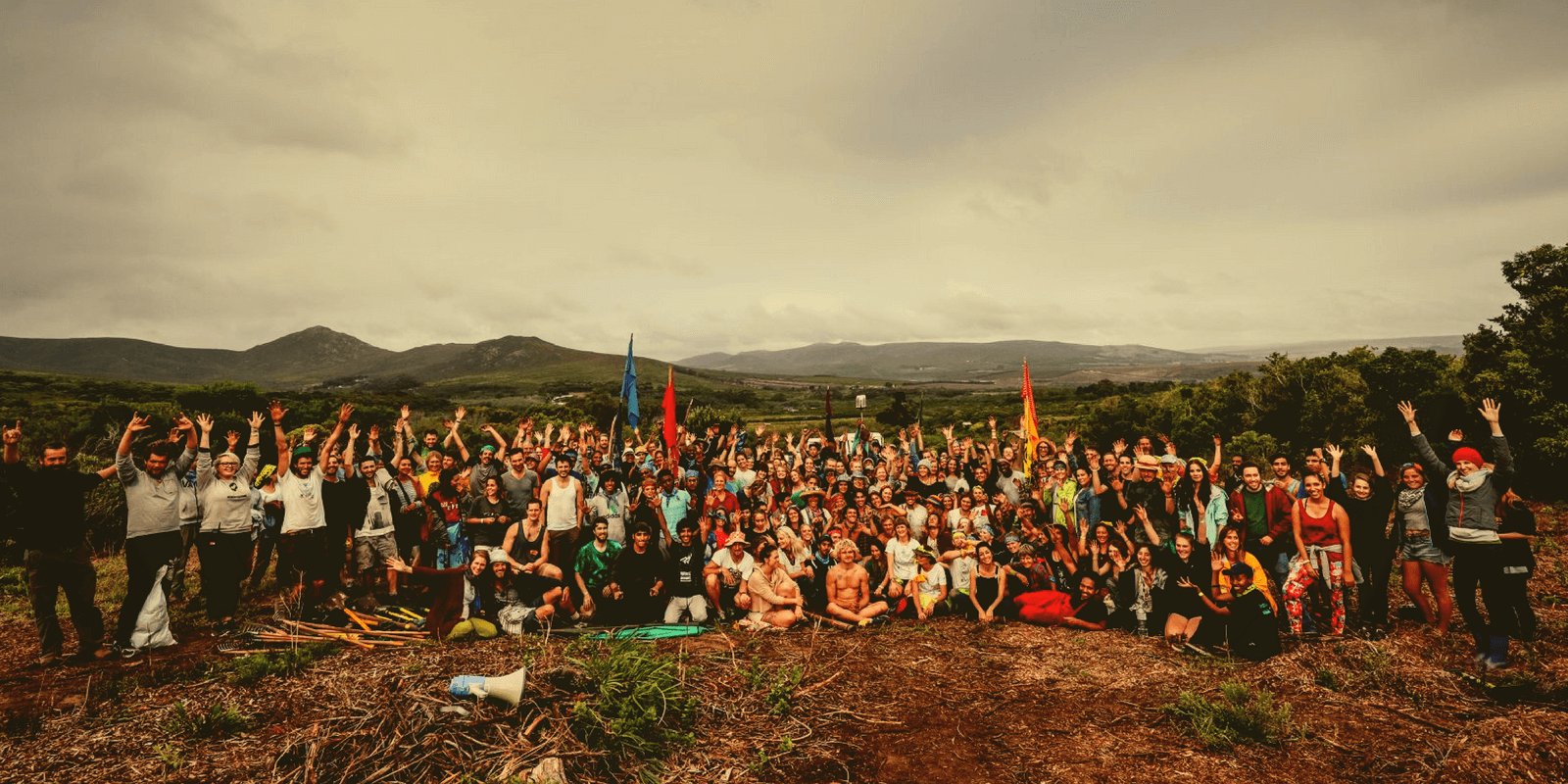 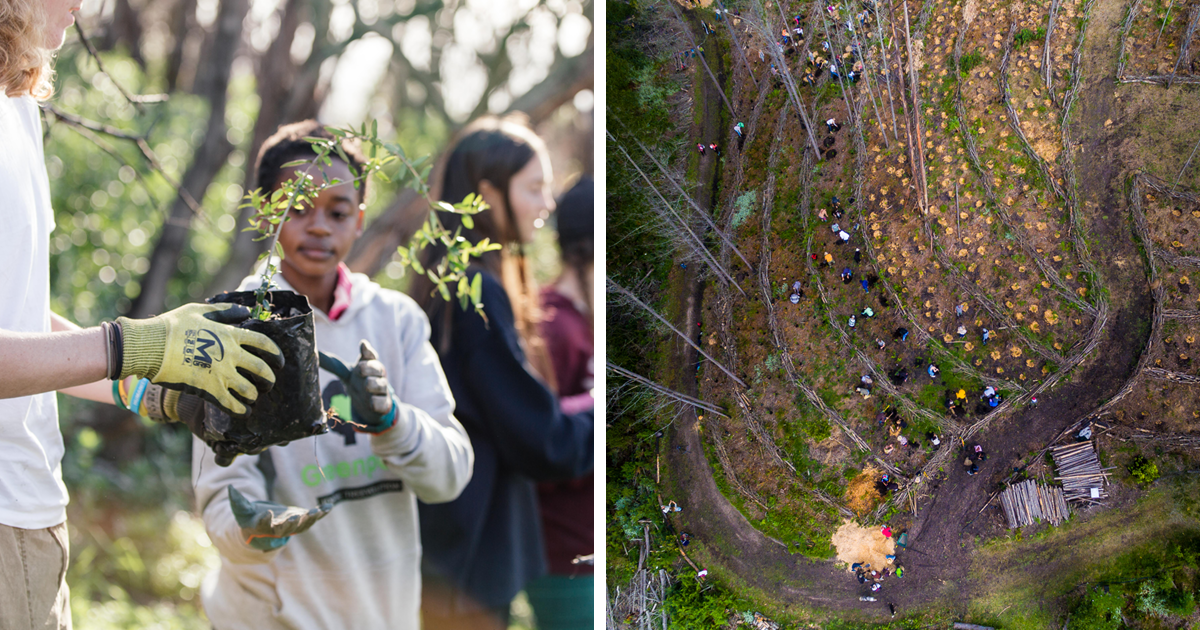 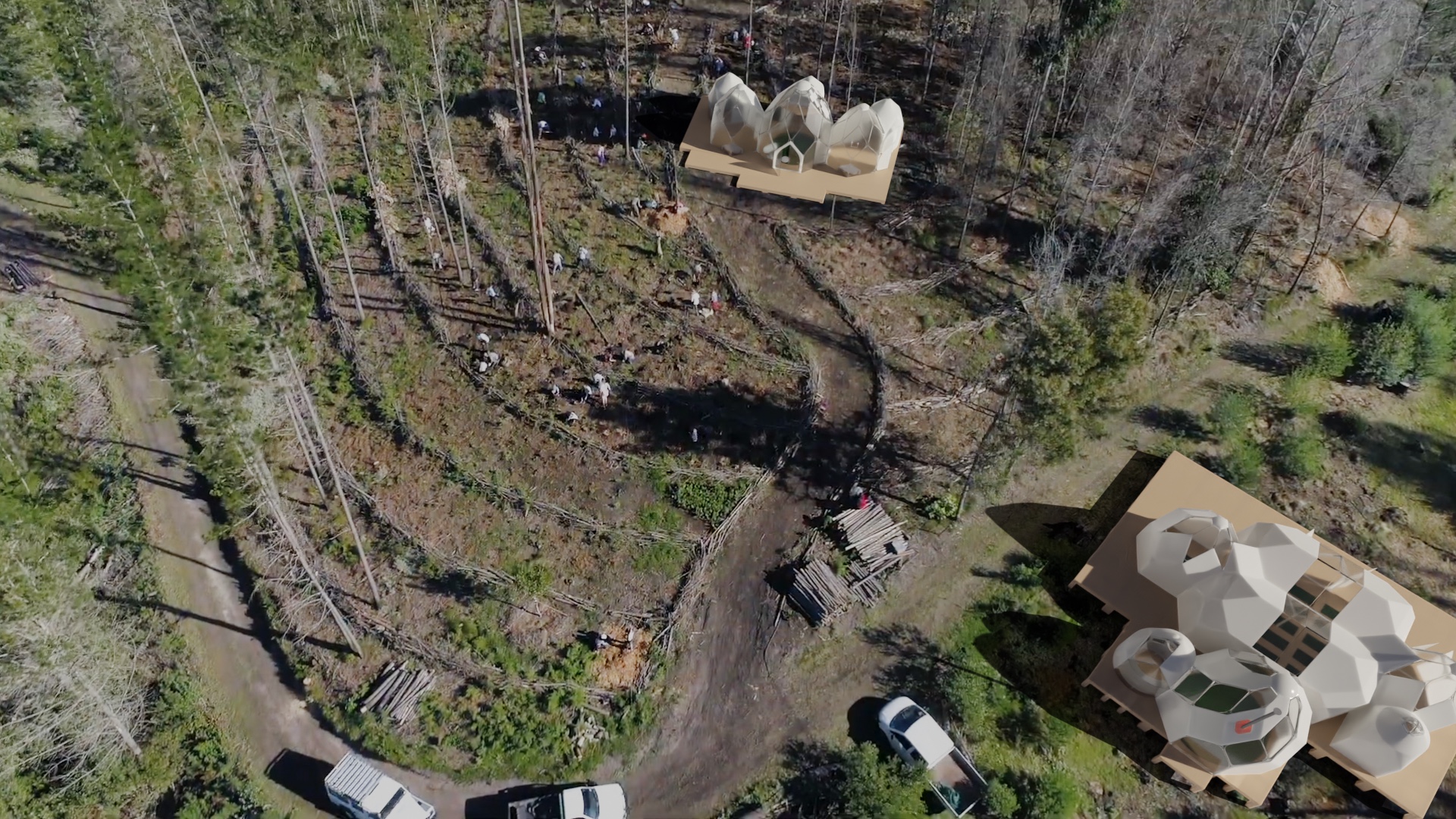 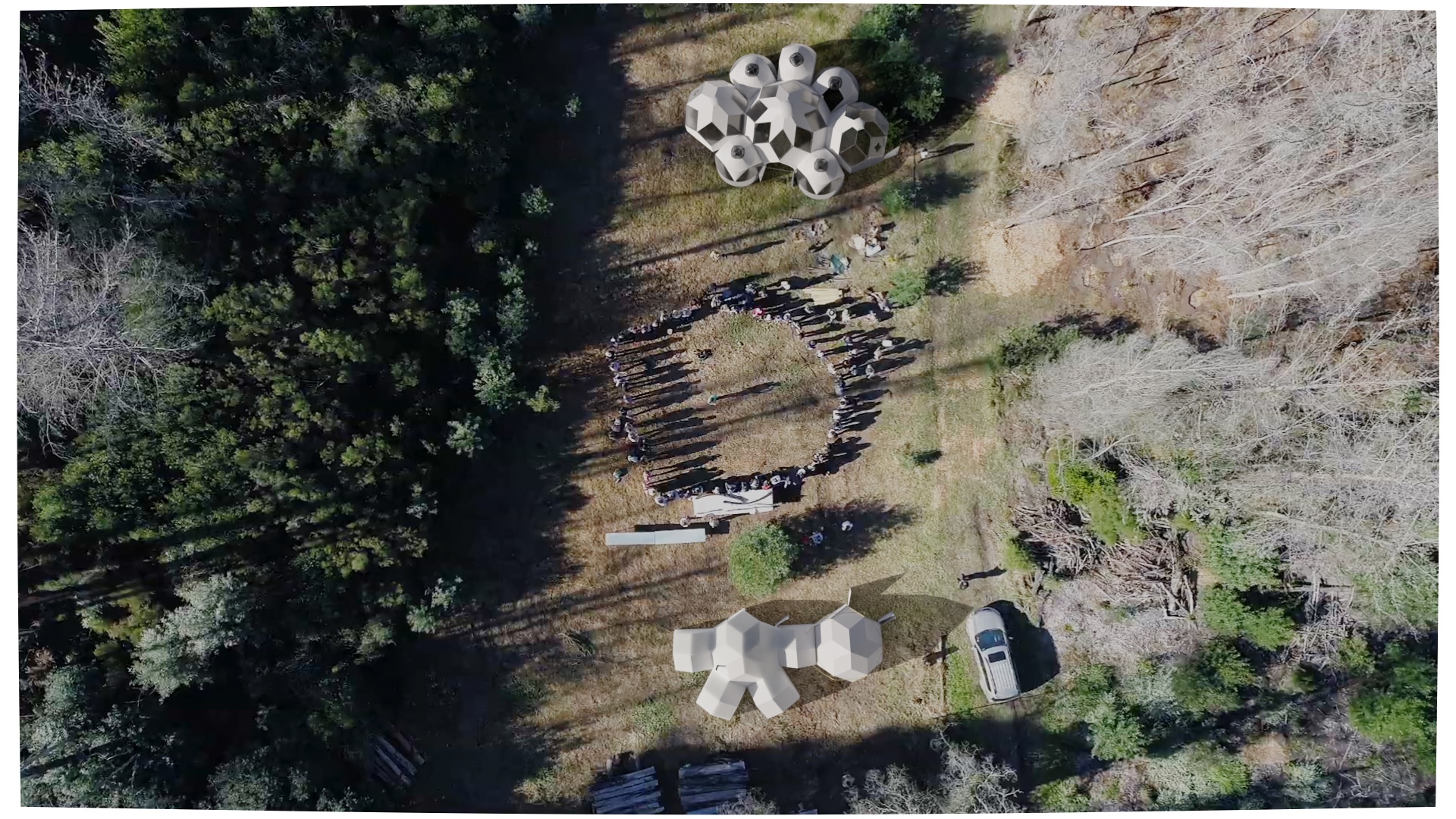 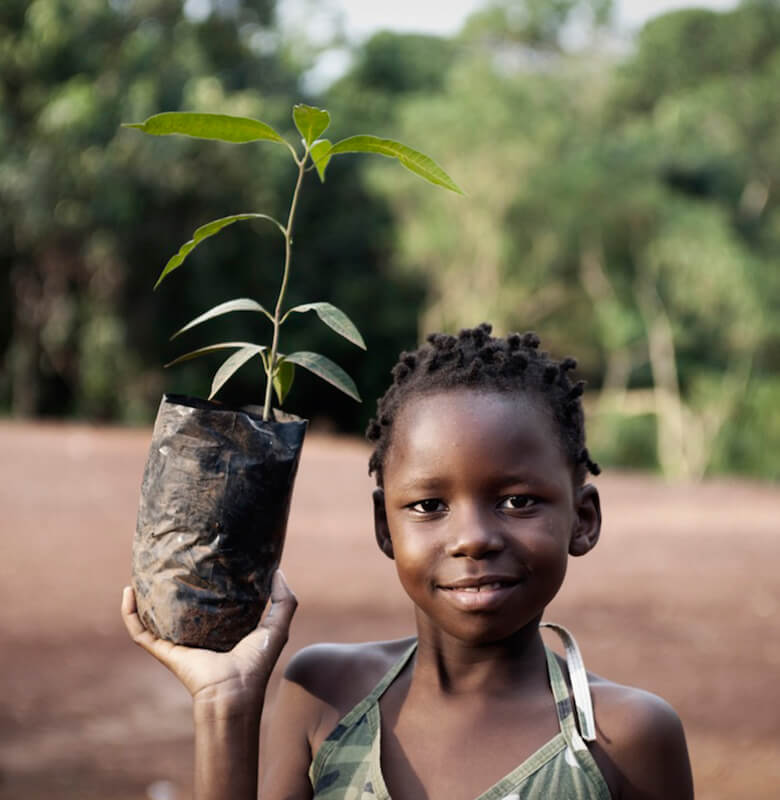 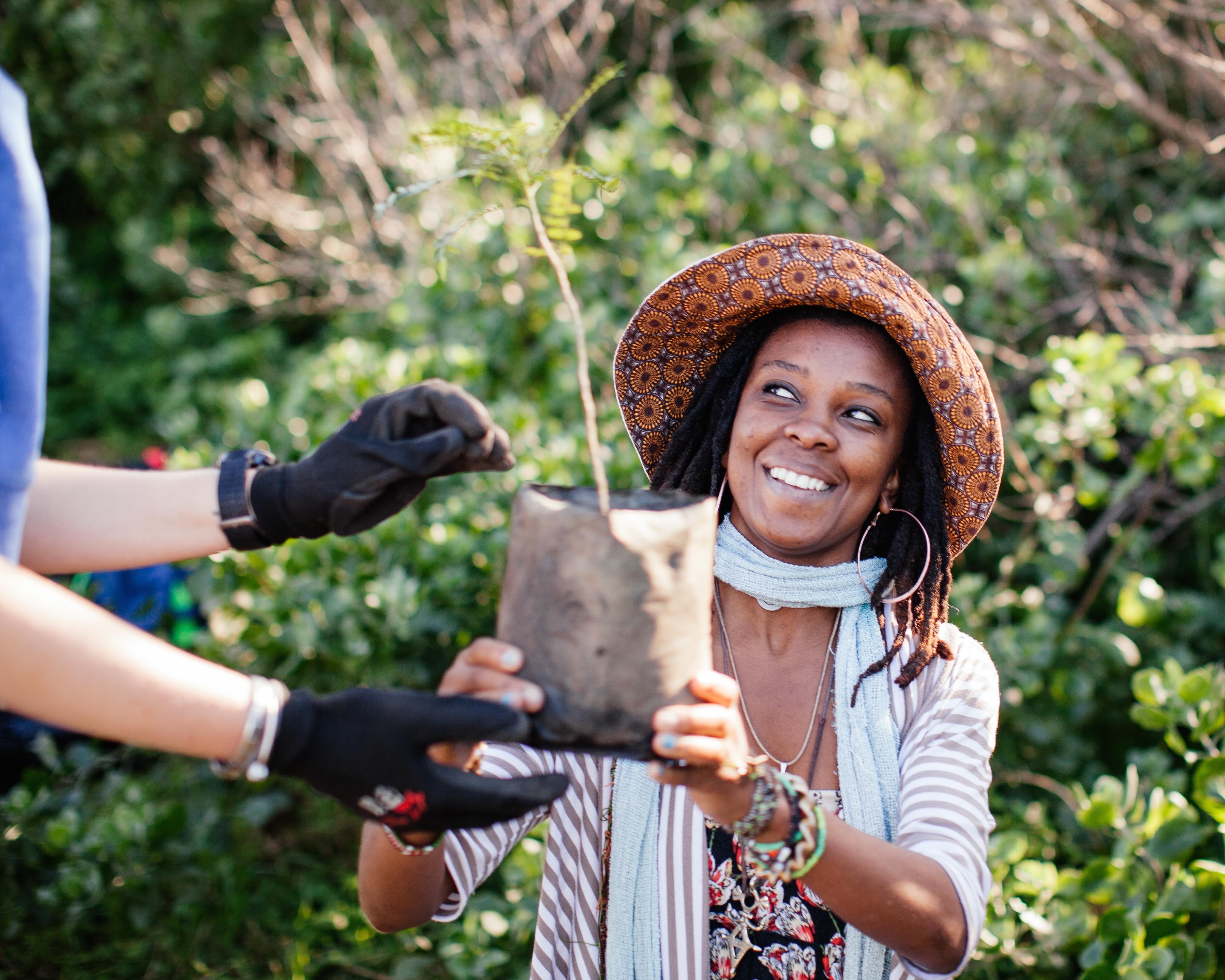 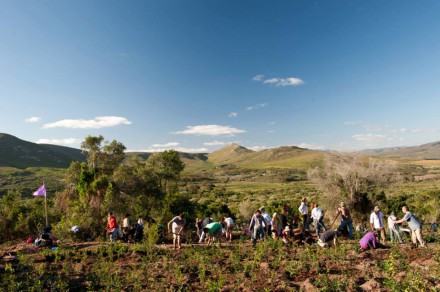 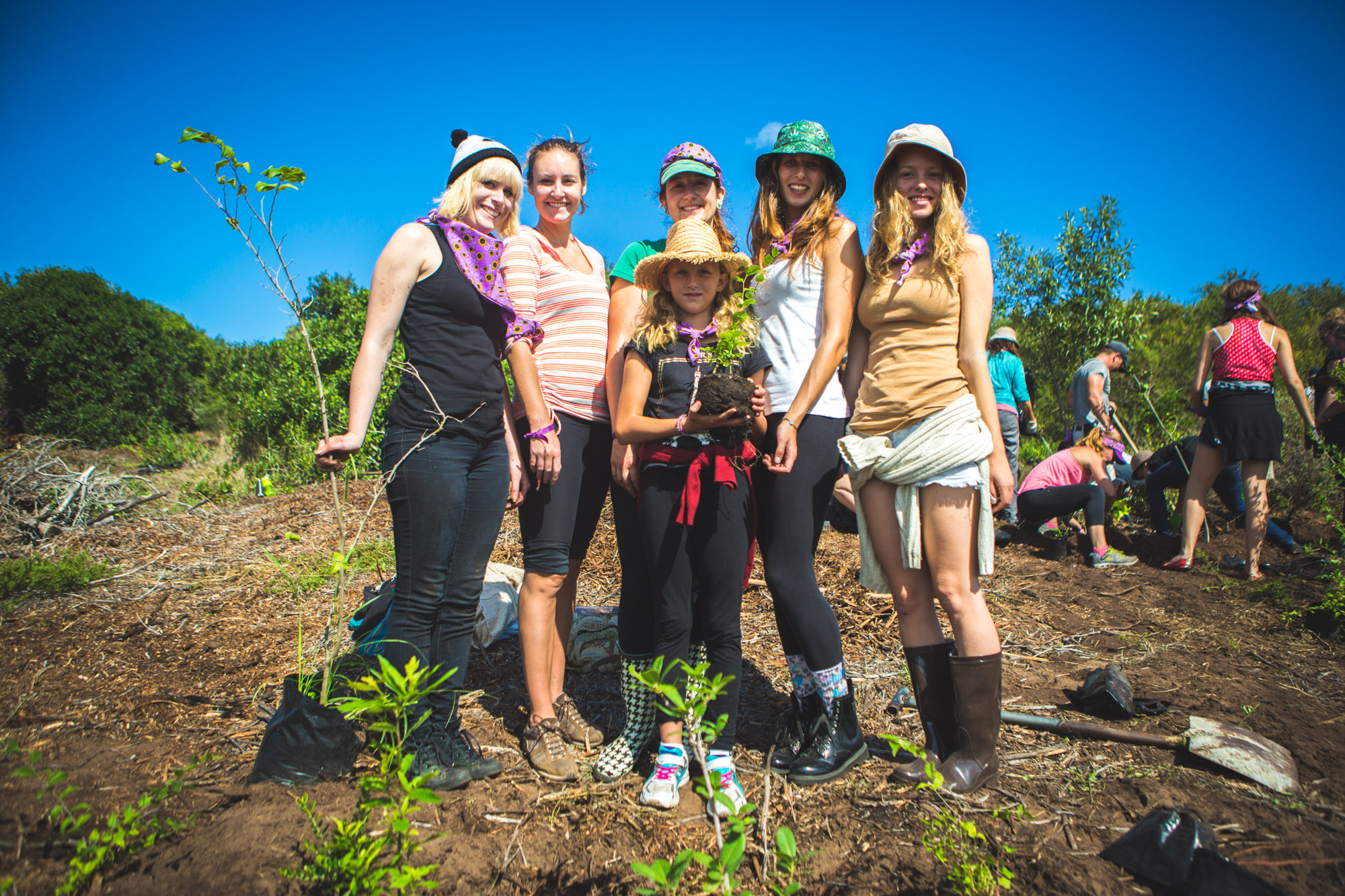 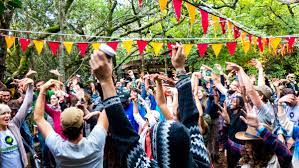 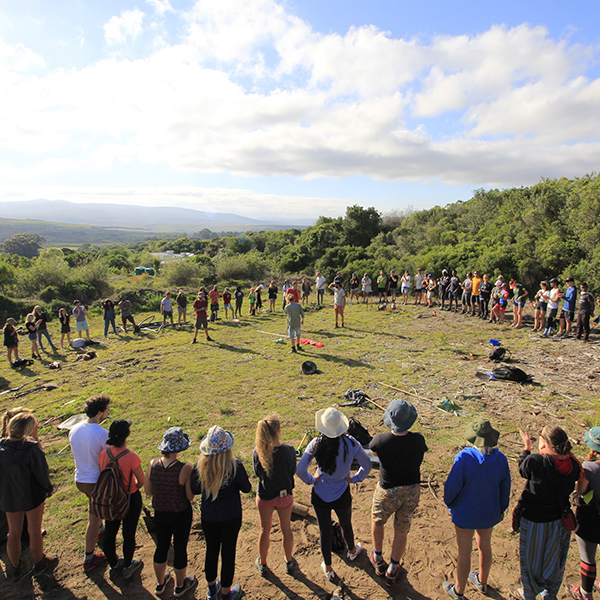 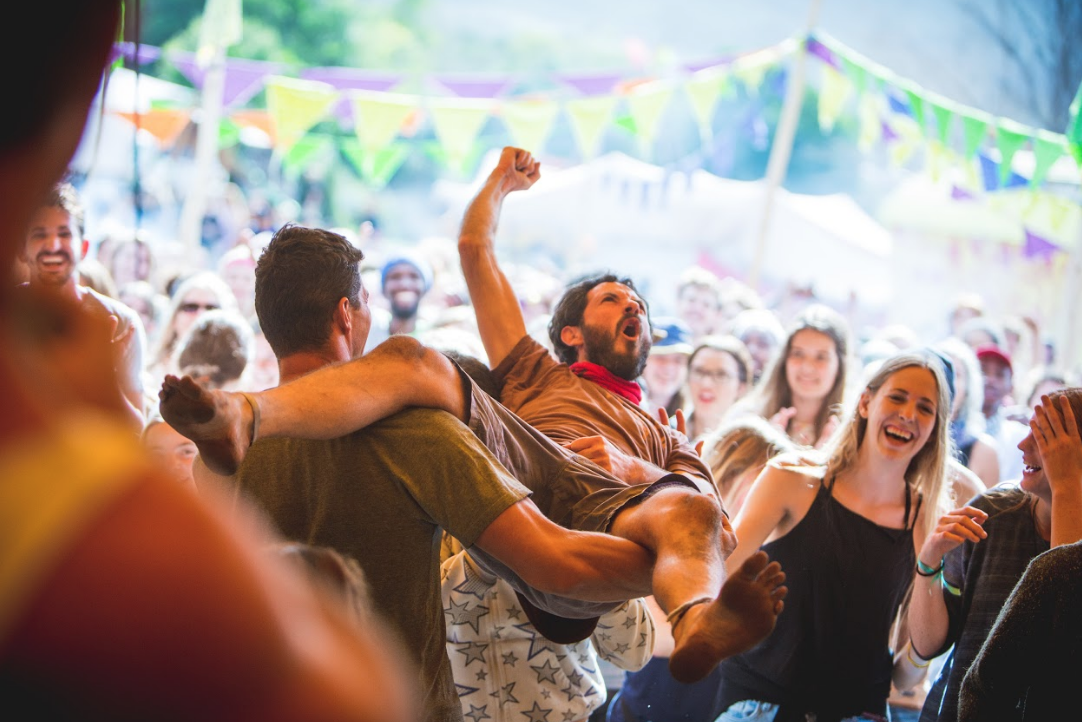 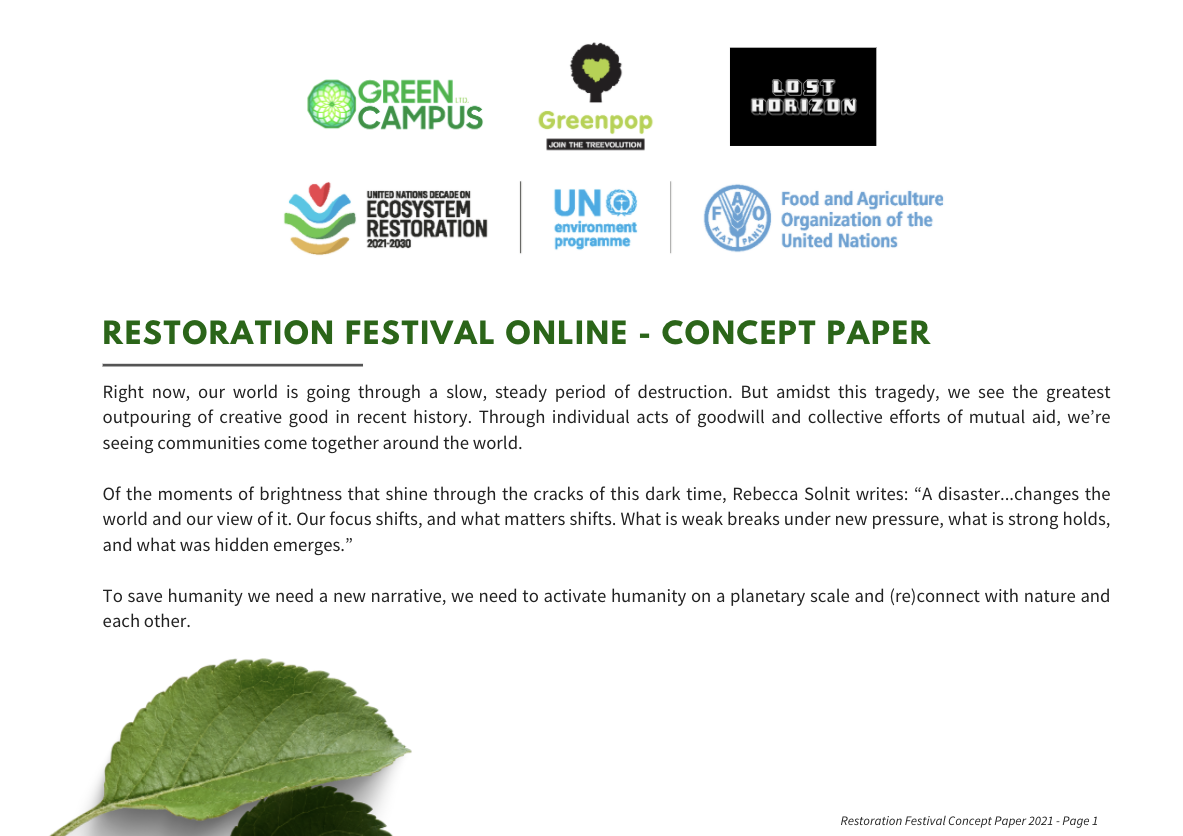 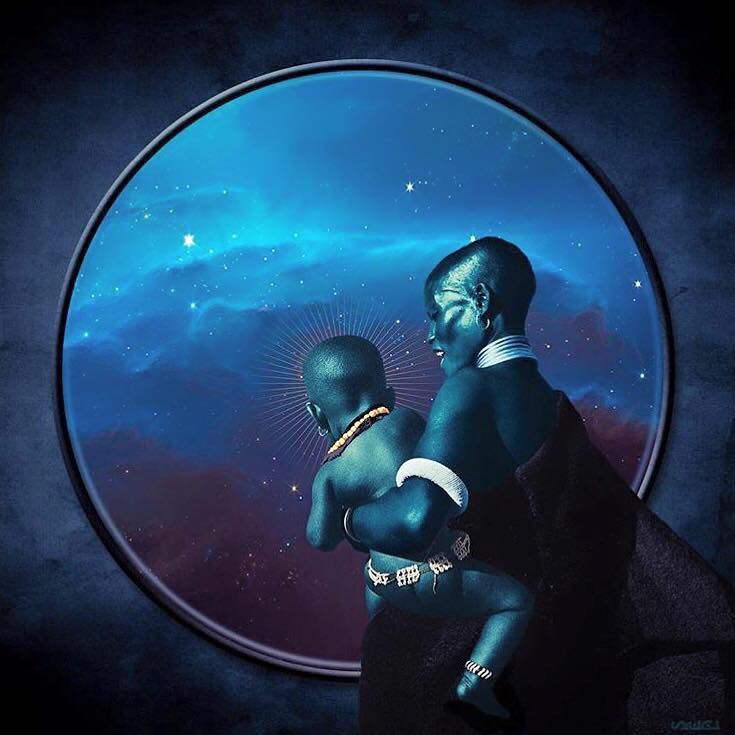 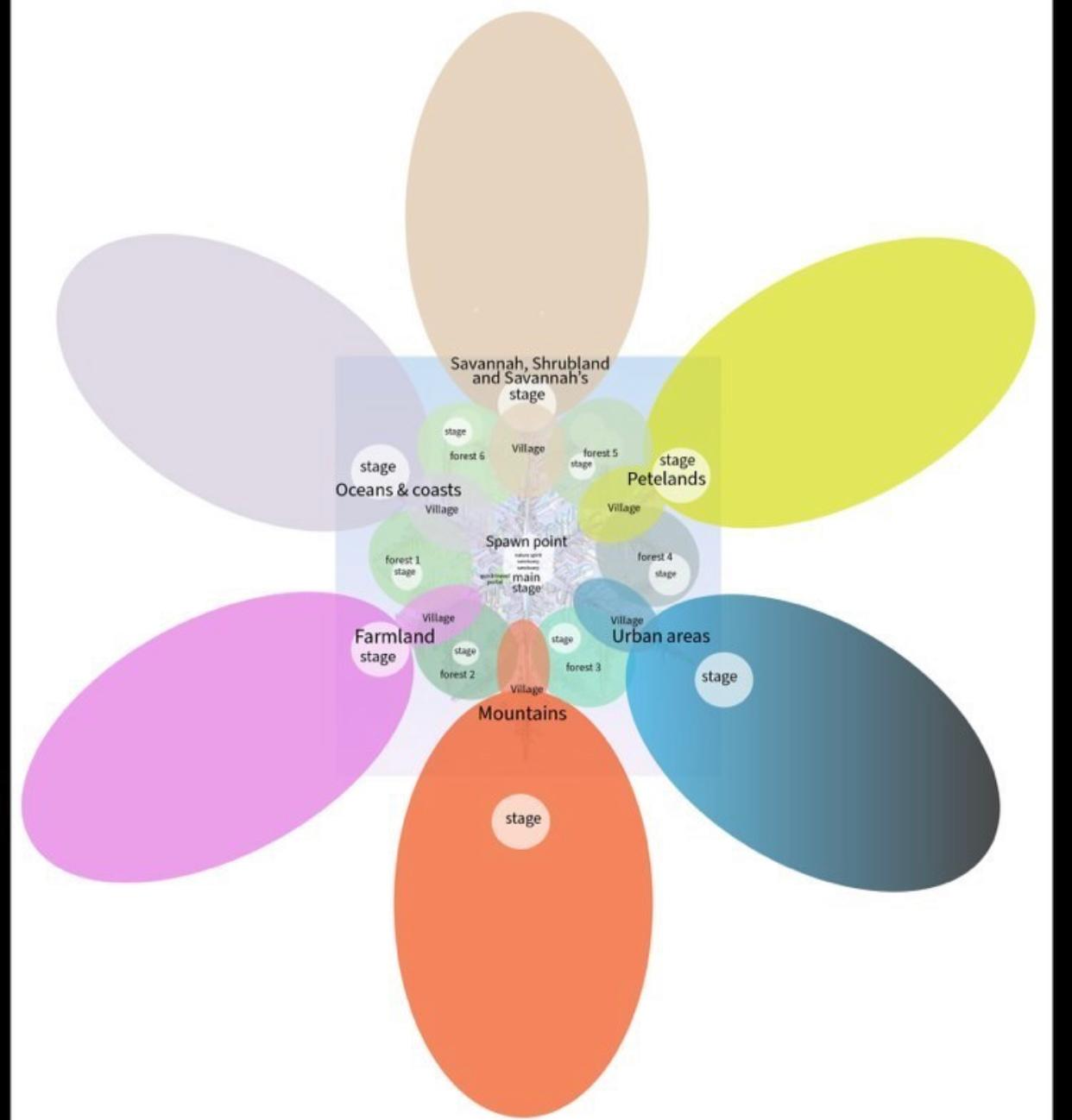 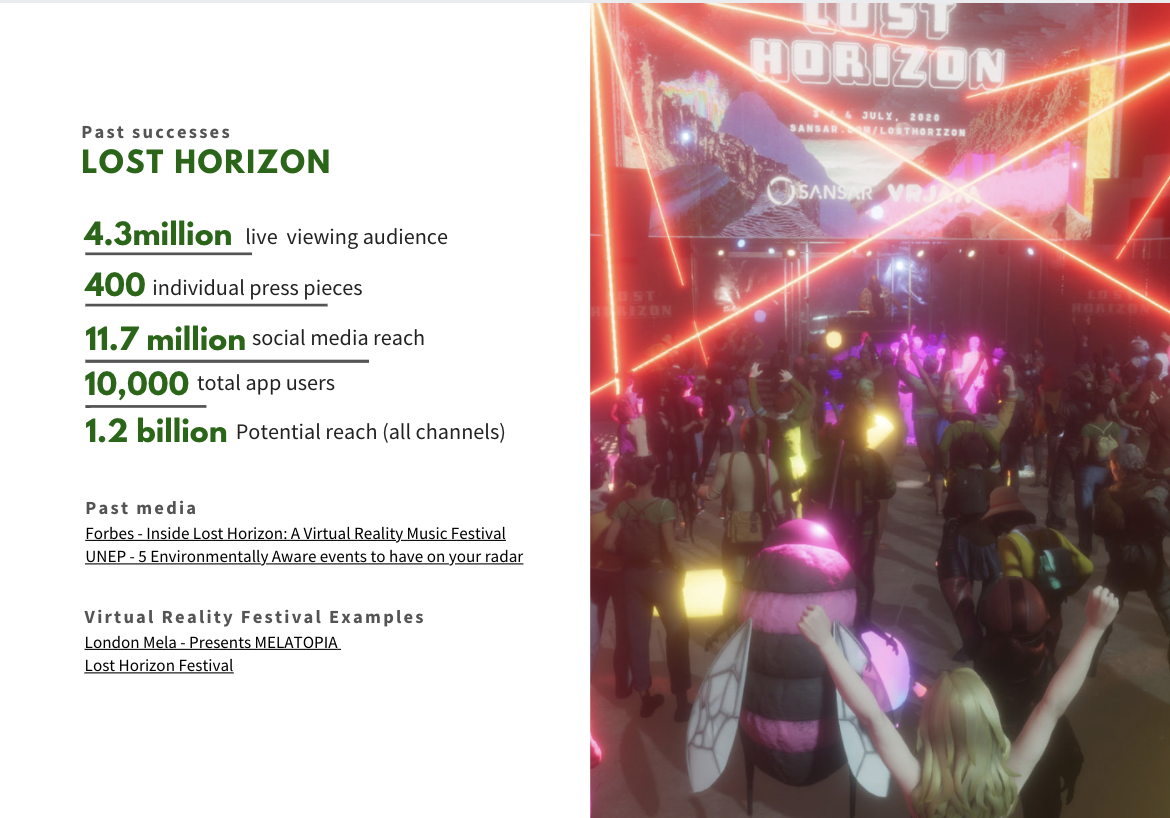 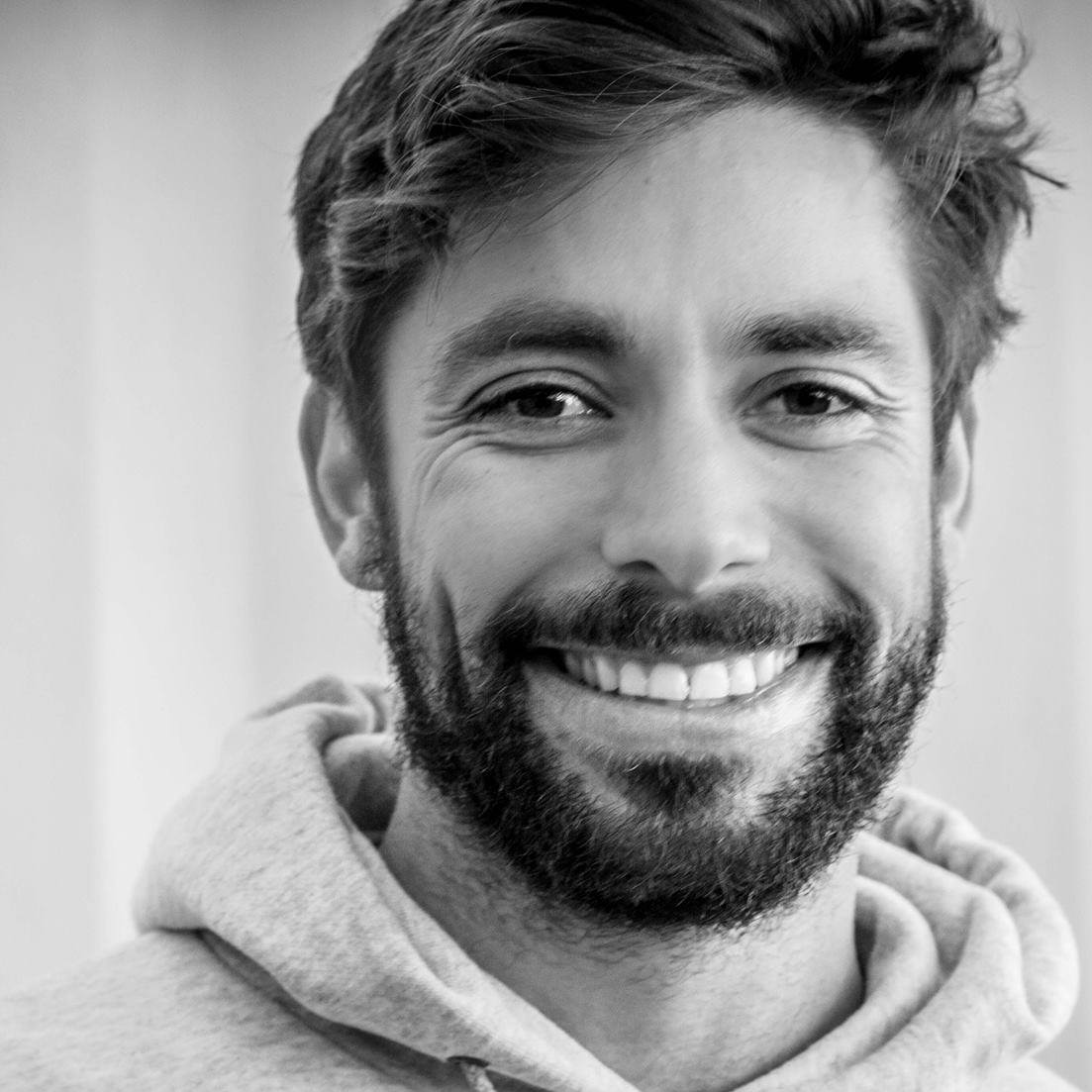 Delivering Reforest Festival in partnership with Green Campus, developing a fun and treemendous way to deploy new Green Campuses, ensuring that we make a very 'Green Pop' wherever we go...
PROFILE PAGE 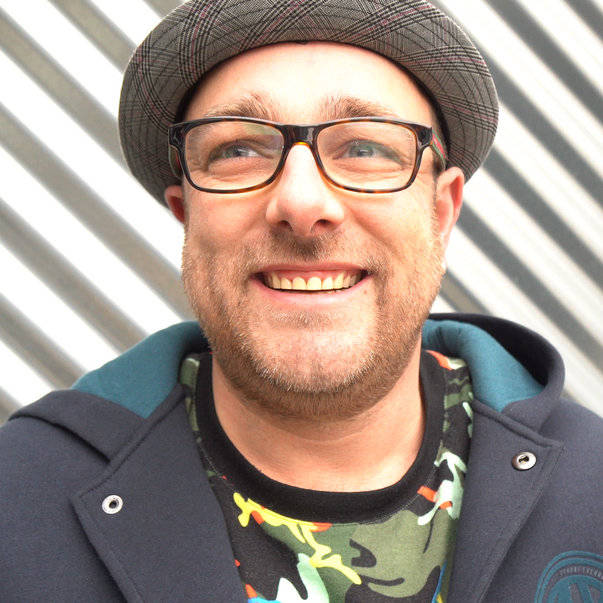 Robin has been nurturing Green Campus over the, involving us in his world of 'inclusive festivals' and
PROFILE PAGE 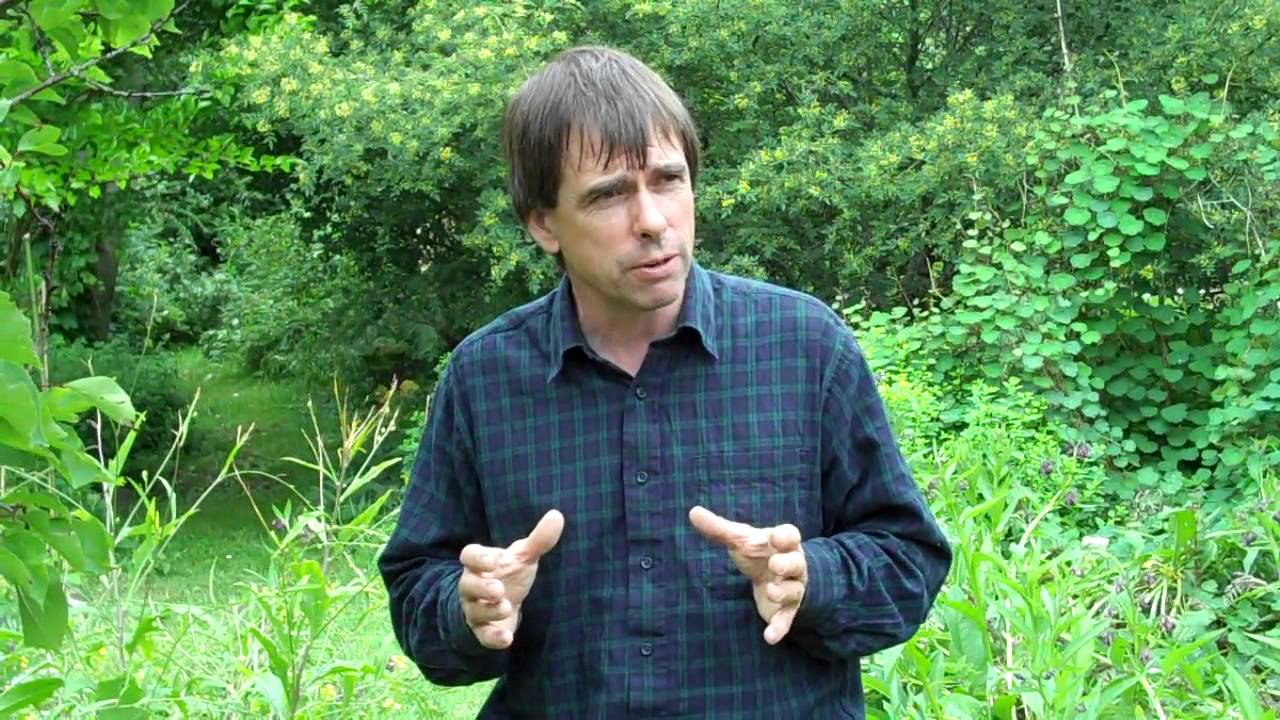 Martin Crawford is a British author who is the founder and director of the Agroforestry Research Trust.
PROFILE PAGE 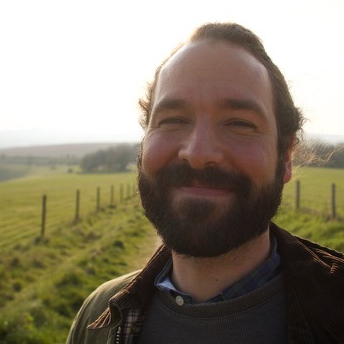 Charles is the founder, lead designer and CEO of Green Campus working on systems that provide for all of our needs in a regenerative way.
PROFILE PAGE
Booking
Book your Experience

No units have been defined yet, check back later ;O,
JOURNAL

Pristine areas in the Amazon and Siberia may expand with animal reintroductions, scientists say. 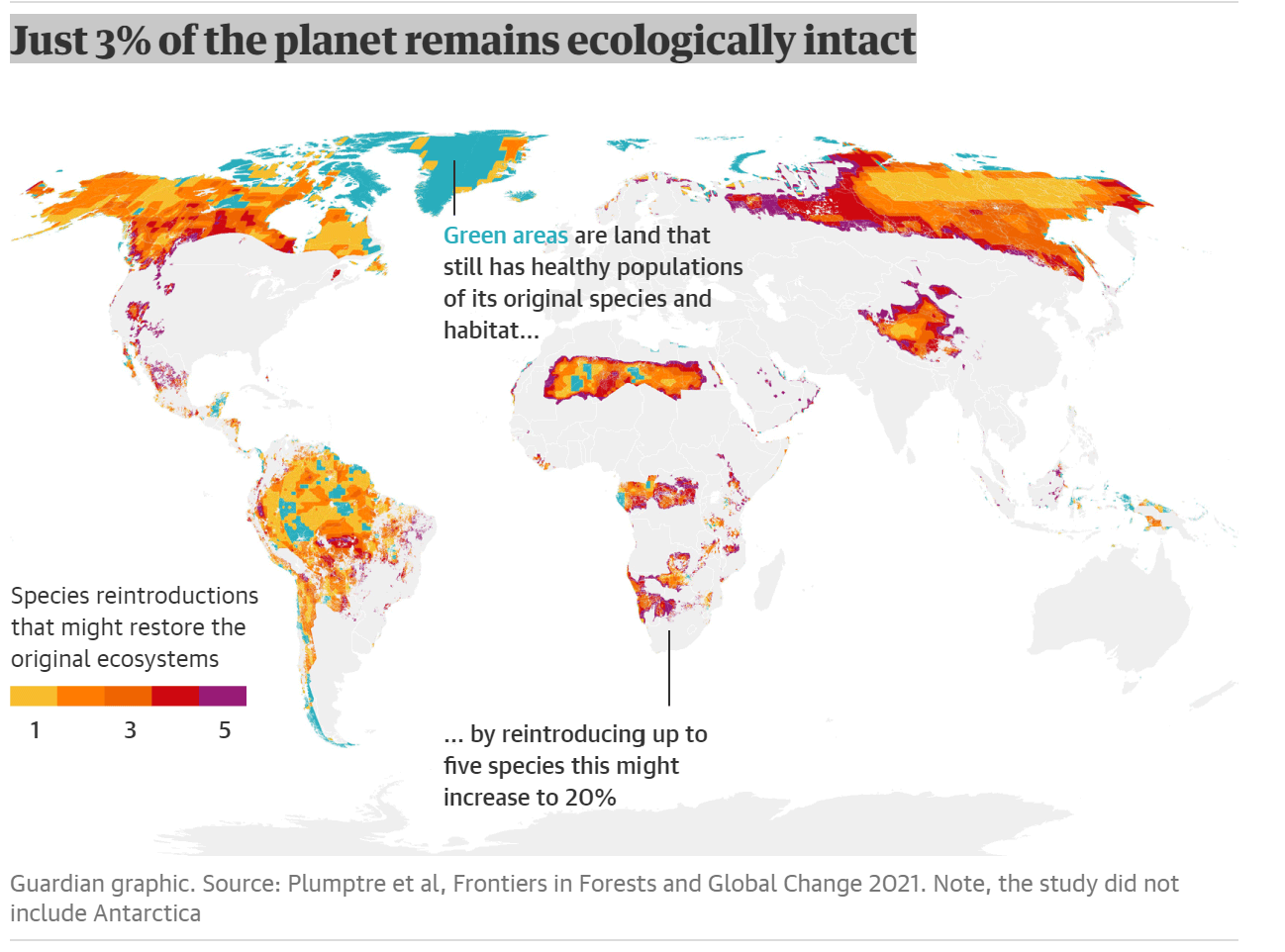 The researchers suggest reintroducing a small number of important species to some damaged areas, such as elephants or wolves – a move that could restore up to 20% of the world’s land to ecological intactness. Pristine areas in the Amazon and Siberia may expand with animal reintroductions, scientists say.
READ JOURNAL ENTRY

Happy easter everyone - I have updated the Reforest Festival UK Program Page: create.green/program/restoration-festival with a detailed description that describes the story of working to bring Reforest Festival to the UK and how we have been working with The Green Pop team and Glastonbury festival team to develop an online festival concept to raise funds for the UN's Decade on Restoration ecosystem restoration projects.

All updates about this program development will be saved in this program's journal section at the bottom of the page and main Green Campus journal.We are looking for collaborators so please do let me know if you want to get involved:Charles@create.green

Lets dance the planet into healing with art and education

We have been working with Green Pop Foundation Tree-E-O, Misha Tesdale, on plans to bring their incredible reforest festival to the UK! Green Pop's Reforest Festival is an environmental action gathering combining practical ecosystem restoration work like tree-planting, with a full line-up of workshops, talks and activities from sustainability experts. The evenings are filled with campfire sessions, storytelling and music from some of South Africa and the Worlds finest musicians, producers, artists and thought leaders. Here's a short video about the 2019 festival.
READ JOURNAL ENTRY